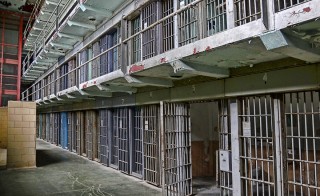 Kenya’s president Uhuru Kenyatta, on National Heroes’ Day, announced that 7,000 inmates who were close to their discharge date and had committed minor offences will be released to create space for serious crime offenders: “There is now space to bring in more people with serious offences like corruption… The space is there and there is enough beans for them to eat in there.”

Kenya’s prisons are overcrowded, with 118 correctional facilities holding 56,000 inmates–which is twice their capacity. Though the reason for the release of these inmates was not tied to the problem of prison congestion, it could be seen as one of the major reasons.

Nigeria, like Kenya, has a serious case of prison overpopulation but hasn’t done enough to solve the problem.

Is it time for Nigeria to take a cue from Kenya’s laudable decision?

According to Unite Nigeria, “Records show that the Kirikiri Maximum Security Prison in Lagos, for instance, is overcrowded by 250 percent. The prison, which was built for 956 inmates, is, today occupied by over 2,600 inmates. Most of these inmates are awaiting trial.”

The problem of prison congestion in Nigeria might not come as news to some, but the staggering numbers of people awaiting trial that has contributed greatly to its congestion and the out stretch of facilities might be shocking. According to Mr Olusola Ogundipe, the past Comptroller-General of the Nigerian Prison Service, pre-trial detainees make up about 80 percent of the prison population. Most of them, according to him, are held for inconsequential offences for which bail is available. He added that for many of the detainees, there are no case files.

Mr Ogundipe gave a graphic illustration of the amount of people that constituted the prison population and the unhealthy ignorance of section 35 of the 1999 constitution which states that a person should be tried two months from the day he was arrested. 80 percent of inmates have failed to be given the right to exercise their constitutional rights of a free and fair trial, some have even been kept in prison without trial for up to 10 years.

In a report from the committee of the Minister of Interior, in their tour of prisons, they found out that a prison cell that was built for 50 people contained 150 people.

“In many of the prisons visited, the committee was moved by the plight of the inmates, many of the cells meant to accommodate about 50 inmates were found to accommodate about 150 inmates, all cramped together.” They also concluded on the state of prisons nationwide as “inhabitable”, leaving more to the imagination what these prisoners go through and the inhumane conditions they are forced to bear.

The problem of prison overcrowding could be solved temporarily by mass release of inmates, like in Kenya’s case, but will this be the norm? Permanent solutions that entail questioning the clear inefficiency of the justice department, the adoption of the administration of the Criminal Justice Act and the proper documentation of inmates should be adopted. Activist and former Secretary Campaign for Democracy and Human Rights (CDHR), Malachy Ugwummadu favoured this when he highlighted how the criminal justice department is overstretched due to polarization along regional lines and has lost its “capability” to swiftly meet the needs of the society in relation to upsurge of crime.He also expressed the need for us to fully implement the administration of criminal justice act (ACJA), adopted by Goodluck Jonathan in 2015 and proffered it as a lasting solution to curb prison overcrowding:

He also expressed the need for us to fully implement the administration of criminal justice act (ACJA), adopted by Goodluck Jonathan in 2015 and proffered it as a lasting solution to curb prison overcrowding: “The ACJA 2015 responds to Nigeria’s dire need of a harmonized legislation that will transform the criminal justice system to reflect the true objects of the constitution and the demands of a democratic society in eliminating unacceptable delays in the disposal of criminal cases thereby improving the efficiency of the criminal justice administration in the country, including prison congestion”.

Although the mass release of inmates is a more than welcome move, let us not just take incentives from the mass release of inmates in Kenya, but  look for lasting solutions, like the full implementation of the ACJA, parole of prisoners that are almost done serving their sentence, provision for community service for minor offenders and things as little as getting case files for the accused, and state sponsored competent lawyers for inmates who cannot afford to hire their personal lawyer.