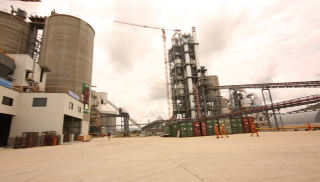 On Monday July 6, the Minister of Information and Culture, Lai Mohammed announced the government’s approval of a 60 percent debt relief for broadcast stations in the country.

The announcement which was made at a media briefing in Abuja shows the government’s effort in cushioning the effects of COVID-19 on the industry as well as providing financial sustainability among broadcast stations in the country.

In his speech, the minister noted that the broadcast industry had been greatly affected during this pandemic. This is as a result of falling revenues, little or no adverts and sponsored programmes in the wake of the pandemic.

According to the minister, this has caused many Nigerian radio and television stations to remain indebted to the government owing N7. 8 billion. Others are  faced with the inability to renew their license in view of their indebtedness.

“Against this background, the NBC management has recommended, and the federal government has accepted 60 per cent debt forgiveness for all debtor broadcast stations in the country,” he said.

He further stated that “the effective date of the debt relief shall commence July 10 to October 6th, 2020.”

However, the minister explained that the debt relief only applies to debtor stations that are able to pay 40 per cent of their existing debt within the next three months.

The minister also disclosed that the government plans to offer a discount in existing license fee by 30 per cent for all Open Terrestrial Radio and Television services effective July 10.

He further stressed that the debt relief and discount would apply to functional licensed Terrestrial Radio and Television stations only. TV service operators in Nigeria are exempted.

The minister said the measures were in addition to the two-month licence-fee waiver granted to terrestrial broadcast stations in the country by the NBC, as part of efforts to ease the negative effects of the COVID-19 pandemic.

These are aimed at mitigating the effect of the pandemic on the creative sector. Not just that, it would also help the sector prepare adequately for doing business in the post-COVID-19 era.

For the government, these interventions seek to re-position the broadcast industry to play its critical role of promoting democracy and good governance in Nigeria, the minister said.