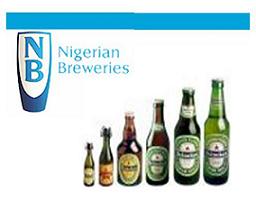 The figures reveal that the company’s turnover, in the period under review, recorded a 24 percent year-on-year growth in turnover from 110.2 billion naira ($684 million) to 136.5 billion naira ($847 million).

There was a 1.2 percent positive marginal growth in profit before tax (PBT), while profit after tax (PAT) recorded a similar increase of 2.2 percent.  However, pre-tax and net margins recorded year-on year declines of 470 basis points and 300 basis points from 25.6 percent and 17.2 percent to 20.9 percent and 14.2 percent respectively.

The result comes on the heels of a slip in earnings that attributed to crises in some part of northern Nigeria and the cost of integrating the company’s newly acquired brewery – Sona and Life breweries – as the demand of shareholders for the shares of the company deepened at the stock exchange.

According to the report: “These results mirrored our unannualised H1 2012 estimates on top-line basis, with a marginal variance of 0.7 percent, while the brewer’s net earnings performance fell significantly below our forecasts by 15.9 percent on account of a higher than expected finance expense incurred by the brewer”