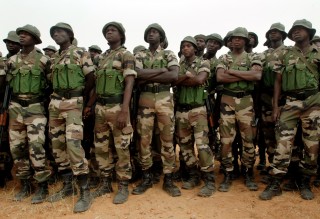 Is the Nigerian Army’s attack on Shiites in Zaria a violation of human rights?

In what appeared to be a show of force on Saturday, the Nigerian Army reportedly attacked members of the Shiite sect in Zaria, Kaduna. Allegedly, this attack was caused by members of the Shiite group refusing an army envoy from transporting the Chief of Army Staff, General T Y Buratai. This resulted in a crackdown on the group by soldiers of the Nigerian military, leading to the death of about 20 people. News also emerged that the army proceeded to the house of the Shiite leader, Ibrahim Elzakzaky, to kill his second in command, his wife, son and other members of the family. Reportedly, they also set fire to a Shiite shrine in Kaduna.

Already, questions are being asked about the legal ramifications of these attacks. Is the crackdown by the army legal or is this a case of extrajudicial killing? If it is, it wont be the first time the Nigerian army will be accused of human rights violations as Amnesty International accused Nigerian soldiers of committing a similar crime in their fight against Boko Haram last year. An incident, in particular, was disclosed where nine unarmed young men had their throats slit and another unarmed five were shot dead by the Nigerian military and the Civilian Joint Task Force. The Nigerian Army set up a team last month to investigate these allegations.

But this particular incident is peculiar, considering the fact that the Chief of Army staff was involved. Did the crackdown happen under his orders? Why did the army proceed to the residence of the Shiite leader, seeing as the incident occurred in a different area in Kaduna? If claims that they murdered the wife and son of the Shiite leader are true, why is the army murdering women and children? Though this is not the first time an incident like this has befallen the Shiite group in Northern Nigeria, the response of the military is a surprise. They should remember the Shiite sect is not the real enemy especially if they have not been found to have killed anybody.

Yesterday, the spokesman for the military, Sani Usman, described the clash as “most unfortunate” and placed culpability on the group. On the flip side, a spokesman of the Shiite group blamed the soldiers for the escalation of the violence and made further claims that the wife and son of the Shiite leader were killed. The Sultan of Sokoto, Alhaji Sa’ad Abubakar, has called for President Buhari to order a probe into this case of violence in Kaduna. If they did, truly, carry out these killings without cause, this case could involve the intervention of the International Criminal Court.