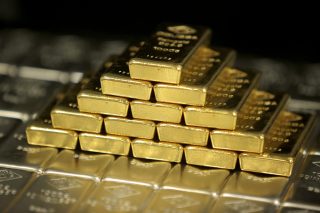 Nigeria’s mining sector is about to get a huge reputation boost with the soon-to-be-completed construction of an industrial-scale gold mine by Thor Explorations Limited, a Canada-based miner.

Located in Osun state, the Segilola Gold Project is Thor’s most advanced high-value gold project in West Africa. It has an indicated resource of 556,000 ounces, an inferred resource of 306,000 ounces and a probable reserve of 448,000 ounces according to data obtained from the firm’s website.

Regional infrastructure lender, Africa Finance Corporation (AFC), is also an investor in the gold project with a $78 million debt-equity financing. Thor is looking to start operations at the mine by early 2021.

The project, which is also Nigeria’s most advanced gold project, could not have come at a better time. As gold miners face a lack of new discoveries across the world, Africa’s biggest economy is trying to persuade investors that it could become a mining destination for metals in the region.

In the 1960s and 1970s, mining made up between four to five percent of Nigeria’s gross domestic product (GDP). But with the discovery of oil mining took a backseat on the government’s agenda, leading to the exit of foreign operators, Nairametrics reports.

Metal ores currently account for less than 0.1 percent of GDP. This pales in comparison to crude exploration which contributes eight to 10 percent of GDP, bringing in some 90 percent of export earnings.

Nigeria, Africa’s largest oil producer, is known to have huge untapped deposits of metals such as iron ore, gold, zinc, and lead but almost all extraction is done on a small-scale and manual basis. Such subsistence players hardly pay any revenue to the government.

“The project, which is low-hanging fruit, would prove to the Nigerian government and the international financing community that mining can be a viable proposition in Nigeria,” said Osam Iyahem, Head of Natural Resources at AFC, which is backed by the CBN and other local banks.

But Segun Lawson, the Chief Executive Officer of Thor Exploration noted that a major obstacle for traditional mining investors in Nigeria is the country’s reputation as a non-mining state.

“When I presented this project, it was very difficult to even get meetings with investors, let alone convince them to put money in it,” Lawson explained, adding that Nigeria is “not a known mining jurisdiction.”

Consequently, experts are urging the Nigerian government to emulate Africa’s top mining destinations – the Democratic Republic of Congo and Zambia – in implementing legal reforms to encourage investors to conduct exploration throughout the country.

Altering existing legislation, which creates a hostile environment for investors and reduces Nigeria’s share of regional exploration investment, is the only guarantee for improving investment in mining and exploration. This would significantly increase the government’s chances of achieving its 2025 goal concerning the sector – raising mining’s contribution to GDP to three percent.

Thor Explorations Limited is a gold exploration company with a focus on early-stage gold exploration projects located in highly prospective underexplored regions of West Africa. Thor “THX” is listed on the Venture Exchange of the Toronto Stock Exchange (TSX).