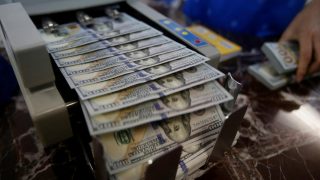 Nigeria, Egypt, and South Africa account for more than four-fifths of the total illegal capital outflows from Africa annually with Abuja alone making up nearly half of that, a recent report by the United Nations Conference on Trade and Development has said. Collectively, Africa loses an estimated $88.6 billion in illicit financial flows – that is equivalent to 3.7 percent of the continent’s gross domestic product.

The total illicit capital flight has surpassed what the continent receives in developing aid annually, and almost as much as the combined total annual inflows of official development assistance ($48 billion) and yearly foreign direct investment pegged at $54 billion, per 2013 to 2015 average.

These outflows generally include illicit capital flight, tax and commercial practices like mis-invoicing of trade shipments, and criminal activities such as illegal markets, corruption, or theft. IFFs related to the export of minerals and extractive commodities are the largest component of illicit capital flight from Africa – $40 billion in 2015 – with more than three-fourths of it being from gold, diamonds, and platinum.

“Scarcity of available geological information in Africa and the resulting information asymmetry between mining companies that have the means to acquire private information about reserves and governments makes the extractive sector prone to illicit outflows,” the report notes.

Loopholes in many tax treaties in Africa, secrecy-based tax havens, and non-cooperative jurisdictions are also major enablers of illicit financial flows, leaving countries vulnerable to tax avoidance and evasion. Tax havens are particularly attractive to high-net-worth individuals and cause an estimated loss that amounts to 2.5 percent of total tax revenue in Africa.

Cumulatively, the total IFFs reached $836 billion in the first 15 years of this century, representing a major drain on capital and revenues in Africa while derailing productive capacity and the region’s prospects for achieving the Sustainable Development Goals. “Illicit financial flows rob Africa and its people of their prospects, undermining transparency and accountability and eroding trust in African institutions,” UNCTAD Secretary-General Mukhisa Kituyi said.

The report highlights the importance of collecting more and better trade data to detect risks related to IFFs, increase transparency in extractive industries, and tax collection. On the latter, African countries need to enter the automatic exchange of tax information agreements to effectively tackle capital flight, the UN agency said.

Regional knowledge networks to enhance national capacities to tackle the proceeds of money laundering and recover stolen assets, including within the context of the African Continental Free Trade Area, are crucial in the fight against corruption and crime-related IFFs, the report adds.