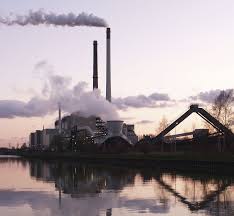 Speaking at a workshop of solid minerals development at the Presidential Villa, Abuja, President Jonathan said up to 30 percent of electricity needed in Nigeria would be generated from coal as it was the plan of his administration to source that percentage from coal.

“Nigeria is endowed with abundant coal reserves of the required quality necessary for power generation. And so there is no reason why we should not exploit that sector.”

Nigeria’s coal reserve is put at about 360 metric tonnes.

The president also stressed on the importance of the solid mineral sector and the need to harness it in order to create jobs, wealth and increase the foreign direct investments in the economy.

During the workshop, HTG-Pacific Energy Consortium and Ministry of Mines and Steel Development signed a $3.7 billion deal for a coal to power project at Ezimo Coal Block in Enugu State and a 1,000 megawatts coal power generating plant. The MoU represents the first step to building plants that will generate additional 1200 mega watts of electricity to the national grid.

Nigeria’s Minister of Power, Prof. Chinedu Nebo, said a greater part of the funds required to carry out the project will be borrowed from foreign banks.

“The local banks have the capacity to fund, but there are certain things they need to see in place to make sure that their money will come back” he said.

Nebo said with the signing of the MoU, the nation can expect additional power generated into the grid within the next 48 months.