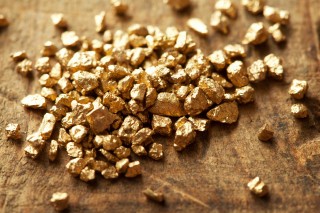 Nigeria projects a five-year exponential growth in its mining sector

On Wednesday, 5th of January 2020,  Olamilekan Adegbite, Nigeria’s Minister of Mines and Steel Development, projected a 5-year exponential growth for the country’s mining sector from the current 0.33 percent contribution to Nigeria’s GDP to 3 percent by 2025. This projection was made at the sidelines of the 2020 Investing in African Mining Indaba conference in Cape Town.

Adegbite stated that Africa’s giant has secured a $600 million investment capital from African Natural Resources and Mines, to develop an iron ore project. This is its largest single mining investment in years. Hence, he anticipates a rapid growth in the sector, with gold, lead, zinc, limestone, and coal among seven strategic minerals identified for investments.

Nigeria’s mining industry experienced a boom between 1940  to late-1960s and was globally recognized as a major producer of tin, columbite, and coal. But the discovery of oil as of 1957 caused a decline in output in the sector. The Nigerian Civil War of 1967 to 1970, which ushered many expatriate mining professionals out of the country, further crumbled the sector and left it at the mercy of artisanal miners and smugglers.

A recent report shows that about 44 mineral occurrences have been reported in Nigeria with quite a number of them estimated to exist in commercial quantities. Still, the sector is huddled by several challenges which include inadequate geological and geographical data, infrastructure gaps, project funding, illegal mining and other community challenges caused by constant clashes between miners and host communities.

Further commenting on the development, Adegbite said the government would require mining companies to sign agreements with local communities. This would hold the companies responsible for the maintenance and development of their host communities.

Explaining the importance of such agreements, the Minister said, “we’ve learnt our lessons from the oil industry and we’re not repeating that mistake, so one of the major fundamental requirements before you can do anything in Nigeria is local community agreements.”

On the authority of  Prof. Adesoji Adesugba, Nigeria could earn over $12 billion from gemstones annually if it invests in a laboratory to certify the value of the precious stone. Adesugba is the Provost of the Abuja Chamber of Commerce and Industry’s Business Entrepreneurship Skills and Technology (BEST) Centre.

The Nigerian government has, however, put in place several measures to regulate the sector, boost its output and track its revenue generation for the economy.

Last year, the development of gemstone laboratories was approved in the country to facilitate local certification of genuine precious stones. This was done to address the problem of quality-finished products and also to curb smuggling of gemstones to foreign refineries.

Also in November 2019, the government licensed  1,759 Artisanal and Small Scale Miners (ASM) sites across the country, in an effort to regulate their activities and boost the economy. The move which engrafted the artisanal miners into a cooperative society is expected to solve the problem of illegal exportation of the country’s mineral resource.

With these measures in place, the country’s mining sector is well on it’s way to becoming a major contributor to Nigeria’s economy.