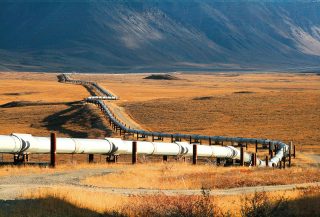 Nigeria, Morocco to implement the first of three economic agreements signed in Rabat

The first phase of the Front End Engineering and Design (FEED) of the Nigeria-Morocco Gas Pipeline will be completed by the end of the first quarter of 2019, as disclosed by Nigeria’s Minister of State for Petroleum Resources, Dr Ibe Kachikwu. This signals the implementation of one of the three economic cooperation agreements signed in Rabat, by leaders of both African countries in 2018.

One of the major deals agreed on was the extension of the West African Gas Pipeline (WAGP) from its source in Nigeria to Morocco and Europe, providing gas through the regional pipeline to other countries in West Africa as well.

The 678 kilometres WAGP, which connects Nigeria’s gas reserves to Togo, Benin, and Ghana, was initially proposed in 1982 and took about 25 years before it could commence operation. The agencies of both Nigeria and Morocco hinted that this new project would be in phases covering over 25 years too.

“The pipeline will help in the industrialization of these countries and also meet the needs of consumers for heating and other uses. We see gas as a fuel to take Africa to the next level,” Kachikwu said. The Minister also revealed that new gas discoveries have been recorded offshore Senegal, Mauritania, Mozambique and are in various stages of development.

Meanwhile, about $2 billion of resources is needed by African Petroleum Producers Organization (APPO) to fund critical areas of infrastructural collaboration within Africa.

Group Managing Director, Nigerian National Petroleum Corporation (NNPC), Maikanti Baru, said the gas pipeline will traverse at least 15 West African countries and connect to the existing Europe gas pipeline. According to him, feasibility study of the gas pipeline has been concluded and the pre-FID (final investment decision) Greenfield optimization study is currently ongoing.

The Nigeria-Morocco Gas Pipeline (NMGP), designed to be 5,660 kilometres long, will reduce gas flaring in Nigeria and encourage diversification of energy resources in the country. The NMGP will further encourage utilization of gas in the sub-region for cooking and discourage desertification.

The pipeline project started in 2016 when a partnership with the Moroccan government was announced. Once completed, the project would serve about 15 countries on the African continent and some 300 million potential consumers, with a possible extension to Europe – an opportunity to become an alternative for European countries to reduce their dependence on Russia, which supplies up to half of the European Union’s gas demands.

The second agreement was signed between the OCP Group and the Nigeria Sovereign Investment Authority for the development of an industrial platform in Nigeria to produce ammonia and related products. While the third is a convention on the agricultural vocational training and technical supervision between the ministries of agriculture of both countries.