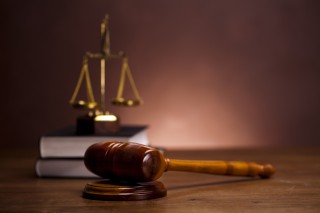 Nigeria launched its first national sexual offenders register on Monday in the nation’s capital- Abuja, with the goal of having a federal database for persons convicted of sexual crime across the country.

In order to deter potential offenders and oust sexual abuse, the national register will document reported, tried or convicted cases of sexual violations and gender-based violence in Nigeria. It will also be made available online for citizens to access.

This sexual offender register is a project under the National Agency for Prohibition of Trafficking in Persons (NAPTIP). It is also funded by the Rule Of Law and Anti-Corruption (RoLAC) under the European Union, implemented by the British Council in Nigeria in collaboration with security agencies and civil society organisations across the country.

According to a report by the United Nations children agency (UNICEF) in 2017,  one in four Nigerian women is sexually abused by before they turn 18. However, the majority of these cases of sexual abuse are not prosecuted in the country.

This register will help put an end to the countless number of sexual molestation Nigerian women, men and children face in the country. Priscilla Ankut, RoLAC’s Programmes Manager told Premium Times that the register will name and shame sex offenders (men and women) in Nigeria by tracking and prosecuting them.

Ankut said that the register will include information on a convicted person such as: “Bio-data, Biometric features, Addresses, BVN, DNA.” A group of 150 NGOs will be tasked to monitor police and media reports across Nigeria and update the register on a monthly basis.

Yemi Osinbajo, Vice-President of Nigeria, speaking on the launch of the register said that it is important to prevent the abuse from happening in the first place by “proactively identifying risk factors.” He added that “response must be survivor-centred, timely and efficient to end the prevailing culture of impunity and foster a culture of justice and support.”

The sexual offender register will also contain the names of all those prosecuted for sexual violence in the West African country since 2015.