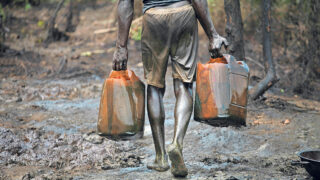 Nigeria is no longer an oil giant

For a long time, Nigeria has enjoyed the eulogies of being Africa’s biggest oil giant. But today, it doesn’t hold that status anymore. Its oil production has been on a steep downtrend, and two African countries have overtaken it.

Angola and Libya are now the top two oil producers on the continent, per a new report by the Organisation of the Petroleum Exporting Countries (OPEC). Angola has held the top spot for four months so far.

OPEC’s report showed that Angola produced the most oil in August at 1.18 million barrels per day (bpd), followed by Libya with 1.12 million bpd and Nigeria with 1.1 million bpd, according to secondary sources.

OPEC monitors its oil output using secondary sources, but it also publishes a table of figures submitted by its member countries. 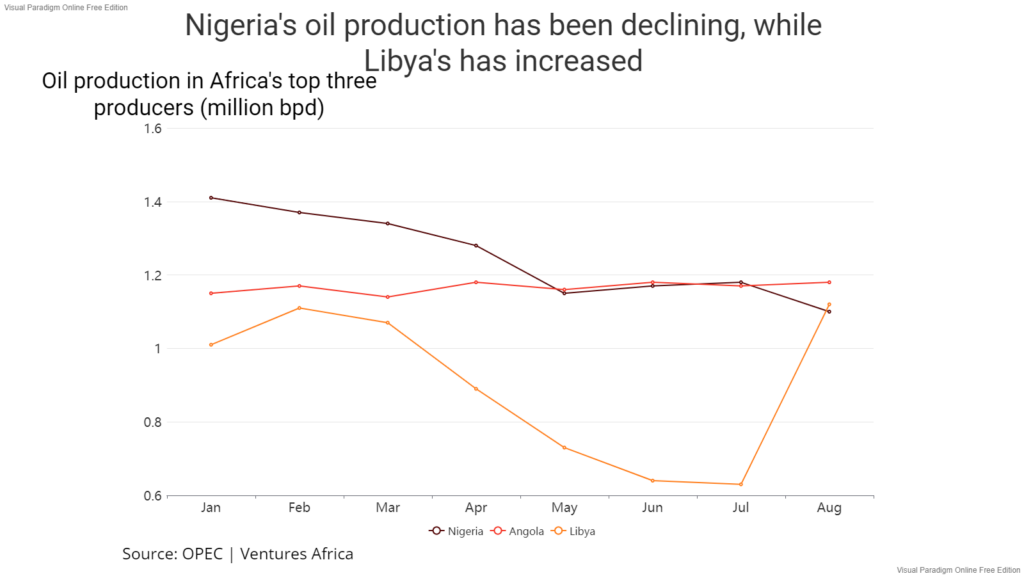 That’s not all. In its oil production status report for August 2022, the Nigerian Upstream Petroleum Regulatory Commission revealed that Nigeria’s production declined to 972,394 bpd, down 30.22 per cent compared to January’s output. 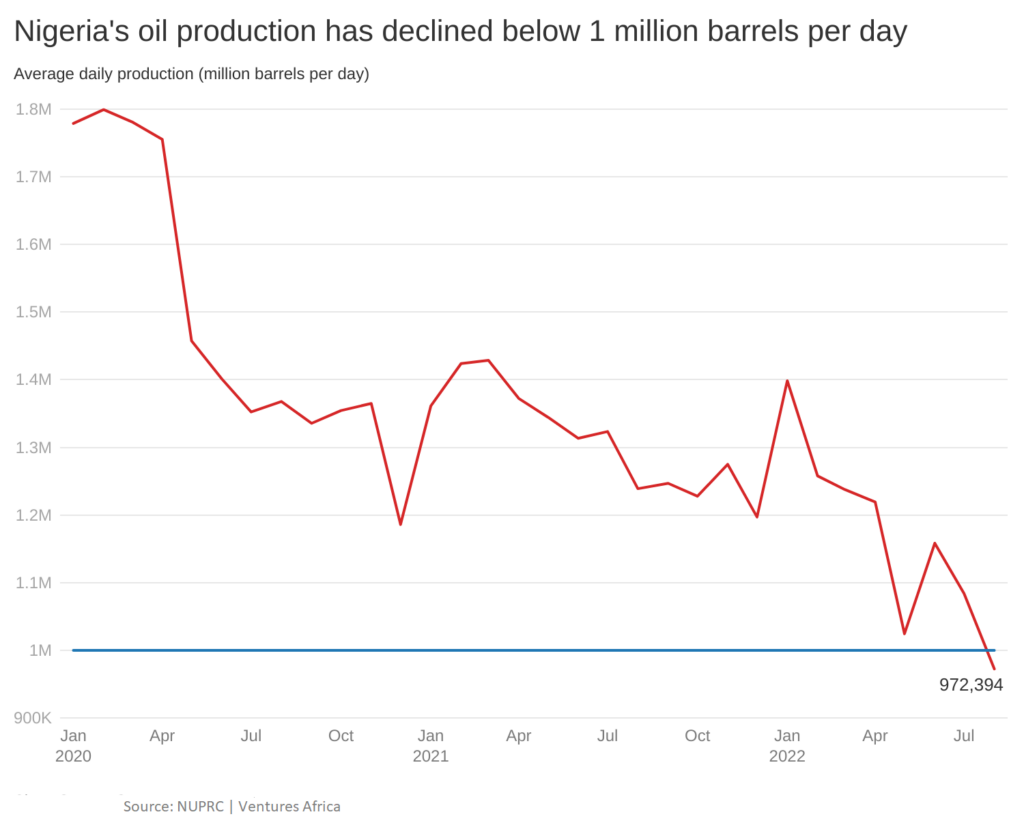 You’ll see from the chart that Nigeria’s production wasn’t this poor even during the pandemic when global lockdowns eroded demand for crude oil and refined products. It’s also the first time Nigeria’s oil production has dipped below 1 million bpd in the last 50 years.

It’s noteworthy that Angola and Libya are producing more oil than Nigeria despite not being able to meet up with their production quota. In fact, Angola’s annual production has been declining since 2008. Also, Nigeria recorded the greatest decline in production among its OPEC peers in August.

Beyond losing the top spot, Nigeria’s oil sector has been shrinking in size. In the second quarter of this year, it became 12 per cent smaller, making the non-oil sector the main contributor to Nigeria’s growth. This trend has become worrisome for investors, as foreign capital into the oil sector fell by 82 per cent in the same period. The oil sector, which used to attract the most funding, pulled in only 0.13% of fresh foreign investments, according to the NBS.

Why is Nigeria’s oil production declining?

The Nigeria Extractive Industries Transparency Initiative (NEITI) audits the production of oil, gas, and solid minerals in Nigeria. Their most recent report was in 2020, but it is still very relevant because little has changed. Things could have gotten even worse since the 2020 audit.

Even greater than the losses from metering errors are the ones from vandalism and theft. However, we don’t know exactly how much Nigeria loses to theft. All we have are estimates. Last month, Timipre Sylva, Minister of State for Petroleum Resources, claimed that Nigeria loses 400,000 barrels per day to theft. NEITI reports state that Nigeria lost 16% and 15% of its production to theft in 2019 and 2020, respectively.

Another reason is production shut-ins. This is when oil companies have to shut down or reduce operations when a disruption, such as vandalism or a protest happens. NEITI’s report says Nigeria lost 72.7 million barrels, about 200,000 barrels per day on average, to production shut-ins in 2020. And even though we don’t have the figures for this year, vandalism has been one of the most pronounced occurrences in the oil sector.

Angola is also not very much of an oil ‘giant’. It has been failing to meet its production quota for months now. So the only win it is taking away is the title, not the profits. Just like Nigeria, it still has a lot of work to do to bring in investments and ramp up its oil sector. The “oil giant” title, in reality, serves no one.