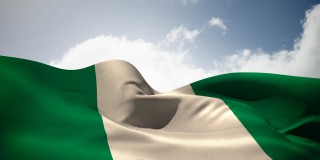 Nigeria: Implementation of the 2014 conference reports or a referendum for self determination?

Nigerians have always debated over whether or not to remain a unified entity. Even if there are clear and justifiable reasons why it shouldn’t, Nigerian presidents have shown a strong will to retain the sovereignty of the nation – prevent it from breaking into parts. However, the basis of Britain’s exit from the European Union (EU) questions the arguable dictatorial and autocratic style of governance in many African countries today, rather than the acclaimed ‘government of the people, by the people and for the people.’ Following #BREXIT, while some prominent Nigerians have continued to advise that the government embrace true fiscal federalism, others think a referendum for self determination will be best, a chance for the Nigerian people to decide what their future should be.

In 2014, in what was perceived to be a move by the government to mend the dilapidating unifying walls of Nigeria, a National Conference to discuss issues that challenge national cohesion was convened. Over 400 delegates were strategically drawn from virtually all sections of the country to discuss ways to move forward. After five months of deliberations, a section of the reports issued by the Conference recommended restructuring in some areas including:

Resource Control/Fiscal Federalism; The Conference noted that setting aside a percentage towards promoting the derivation principle (allocating natural resources (say oil and gas) revenues accruable to the federation’s account), and setting up Special Intervention Funds to address issues surrounding the reconstruction and rehabilitation of troubled areas was necessary. The Conference therefore recommended that the government set up a Technical Committee to determine the appropriate percentage on the three issues and advise accordingly.

Power Sharing/Rotation; The Conference recommended that presidential power should rotate between the North and the South and among the six geo-political zones while the governorship will rotate among the three senatorial districts in a state.

Nigeria currently battles internal crises, especially in the southern region. The agitators for the realisation of a sovereign state of Biafra and militants from the oil-rich Niger Delta region have complained about marginalisation by the government and the resource control respectively, hence the reasons for their activities. Despite the fact that these issues were addressed during the 2014 National Conference, the previous and present Nigerian governments have failed to look into the reports of the Conference. Last weekend, Nigeria’s Secretary to the Government of the Federation, Babachir Lawal, said the present government will not look into the Conference report anytime soon.

“The government has not taken a decision on the 2014 National Conference. I understand that some Nigerians want it implemented but the government has been too busy with key areas of governance to talk about an exercise that we thought was essentially diversionary and a sort of, maybe, a job for the boys.”

“If you remember, it was reported that almost everybody in the committee got N7 million and we consider it essentially as job for the boys. They probably produced a document that is good and commendable but I mean, this government is too busy with more vital areas of governance and we are not intending to spend our time reading reports,” Lawal said.

As the fate of the recommendations of the Conference remain doubtful, at least for the next three years when President Muhammadu Buhari presides, some Nigerians are saying a referendum should be convened where decisions will be made by the citizens.

Implementation of the 2014 conference reports or a referendum for self determination?

Wole Soyinka, Nigeria’s only Nobel Laureate, told the Punch newspaper that Nigeria can negotiate its sovereignty.

“I am on the side of those who say we must do everything to avoid disintegration. That language I understand. I don’t understand (ex-President Olusegun) Obasanjo’s language. I don’t understand (President Muhammadu) Buhari’s language and all their predecessors, saying the sovereignty of this nation is non-negotiable. It’s bloody well negotiable and we had better negotiate it. We better negotiate it, not even at meetings, not at conferences, but everyday in our conduct towards one another.

“We have a habit of consigning files to the dust shelves and then we start all over again. The report that came under Jonathan is even more superior to the one that I participated in as a member of PRONACO and I think that should be addressed seriously.”

Itse Sagay (SAN), the Chairman, Presidential Advisory Committee Against Corruption said “Nigeria has deviated from an ideal federalism because of over-centralisation of power. It is wrong to centralise institutions such as the Independent National Electoral Commission, the Nigeria Police Council, the Nigerian Ports Authority and others. The late Chief Obafemi Awolowo was right to have said that Nigeria is not a nation, but that it is a mere geographical expression.

“There should be respect for nationalities and the basis of our association should be explained. Under the regional government, the region keeps 50 percent of its resources, gives 20 percent to the central government and the remaining 30 percent is sent to the pool, which would be shared by the state.”

Jude Feranmi, the National Youth Leader of KOWA Party, told Ventures Africa that “We [Nigeria] cannot progress in practical terms if we do not first agree to the first premise that our country is not designed to work democratically. Our constitution is a decree; the haste with which we secured independence was replicated in the transition from military rule to democracy. The term ‘We, The People’ does not apply to any category of persons in Nigeria as enshrined boldly in the constitution. Our ethnic and tribal and religious diversity is not accommodated in the way we are structured. We are the only republic that is federal in nomenclature only with a centralised system of political and economic power. The class differences and the rate of inequality and almost every other socio-political issue that is evident as a problem in Nigeria is an offshoot of the more fundamental problem of Nigeria’s shallow foundations.

“Self Determination is therefore a fundamental right that must be given/demanded should a people, by which I mean a group of persons with same ethnic backgrounds or religious beliefs or ideological leanings decide to pursue this determination, it is within their right that at least a referendum be conducted to find out the position of the rest of the people on the issue.”

Niger Delta Avengers posted on their Twitter page that “President Buhari [should] borrow a leaf from PM David Cameron, call for a referendum and let Nigerians decides like they did to vote you into power.”