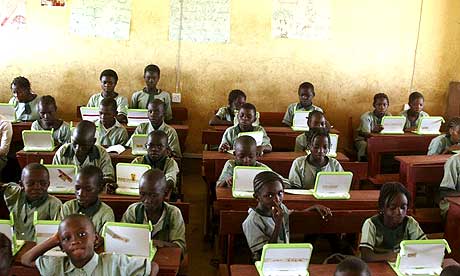 Bureau of Statistics (NBS) has revealed that the country has a 4.5 percent personal computer (PC) penetration.

BusinessDay, a local newspaper, reported that the data was revealed in a survey recently conducted under the “Annual Socio-Economic Report: Access to Information and Communication Technology (ICT)” by the NBS and Central Bank of Nigeria (CBN).

Despite the significant growth experienced in the country’s telecom market which according to the Nigerian Communications Commission (NCC), currently has over 101 million active phone connections, the survey stated that over 95 percent of Nigerians lack access to a PC or the internet.

Based on the report, Nigeria which has a populace of over 160 million peoples, has a national average total internet access of 4.5 percent while actual PC ownership stands at 0.9 percent.

Omatek Computers and Zinox Technologies, are indigenous PC makers who have boost production levels but the cost price of the products remain considerably high for the majority of the population. In Nigeria, a PC with a current edition operating system could cost at least 50,000 naira ($320), a price out of reach for over 60 percent of the country living below the $2 per day poverty level.

The survey also revealed that the most widely-used ICT devices in the country are radios and mobile phones. According to report, Nigeria has a 4 million smart phone market size.