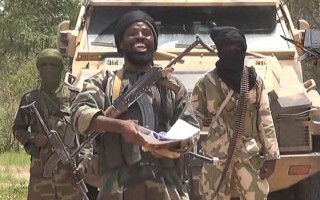 Amnesty International, a global human rights movement, has said some African countries, including Nigeria, have failed in the protection of its citizens from war crimes and human rights violations.

In its latest report titled Human right in Africa: A review of 2019, the watchdog details how many countries, as well as international peacekeepers, have failed in their obligation to protect populations from war crimes and other serious human rights violations committed by armed groups such as killings, torture, abductions, and mass displacements.

“In eastern DRC, local police and nearby UN peacekeepers stayed in their camps while armed groups killed at least 70 civilians in Beni during November. In Nigeria, security forces failed to protect civilians in the northeast as Boko Haram carried out over 30 attacks resulting in at least 378 civilian deaths and the displacement of thousands of people,” the report reads.

According to Amnesty, residents of some attacked towns and villages reported that Nigerian security forces had withdrawn their protection prior to the attacks. In Cameroon’s far north region, civilians protested against the lack of state protection and their feeling of abandonment amid a surge in Boko Haram attacks during which at least 275 people were killed and others mutilated or kidnapped, the report added.

Out of 2.3 million people displaced in Nigeria by the insurgent group since 2013, at least 258,000 were reported to have fled the country to Cameroon, Chad or Niger. In 2014, Boko Haram killed over 6,000, while the group has also engaged in mass abductions including the kidnapping of 276 Chibok schoolgirls in the same year.

Recall that President Muhammadu Buhari and other top government officials on several occasions announced that the government had ‘technically’ defeated the terrorists, but brutal attacks have been ongoing in the country especially in the northern states.

Amnesty’s review of human rights violations in Nigeria stated that the attacks by the Boko Haram were occasioned by the failure of security forces to protect civilians. “Boko Haram continued to carry out attacks, abductions, and killings of civilians to the Northeast. The armed group carried out at least 31 attacks that resulted in at least 378 civilians,” it said.

Similarly, a report released by Human Rights Watch in January tagged Nigeria and some other African countries as human rights violators as a result of insecurity, religious and political violence. The violence ranges from long-running conflicts such as those in northern Nigeria and the Democratic Republic of Congo to relatively new clashes such as the ethnically based violence in Ethiopia and the insurgency in northern Mozambique.

In addition, at least 96 people were killed in violent clashes between members of farmers and herders communities in Nigeria. In 2018, violence between the two groups was on the rise in the country over access to fertile land and water, which was becoming scarce in the face of drought and rapid population growth.

Despite the continued fight against the insurgents by the Nigerian army, there have been massive attacks, torture and ill-treat detainees while communal violence has also continued in some parts of the country.