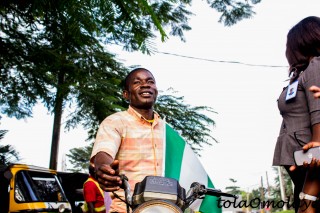 Nigeria at 55: should Nigerians still be enthusiastic about October 1st

In 1960, Nigerians greeted the news of the country’s independence from their British colonial masters with a great joy, enthusiasm and optimism.  Even though the leaders knew that building a nation was a daunting task, they seemed ready to face the challenges, to lay a solid foundation for democracy and development for the nation. Students and a host of Nigerians lined the streets to show their support for the newly independent Nigeria.

Sir Abubakar Tafawa Balewa, the first Prime Minister declared in his Independence Day speech that “I shall not labour the point but it would be unrealistic not to draw attention first to the awe-inspiring task confronting us at the very start of our nationhood. When this day in October 1960 was chosen for our Independence, it seemed that we were destined to move with quiet dignity to place on the world stage. Recent events have changed the scene beyond recognition, so that we find ourselves today being tested to the utmost. We are called upon immediately to show that our claims to responsible government are well-founded, and having been accepted as an independent state, we must at once play an active part in maintaining the peace of the world and in preserving civilization. I promise you, we shall not fail for want of determination.”

Barely six years after this speech, Nigeria experienced a crisis that threatened its democracy. There was a coup which ultimately led to the Nigerian Civil War that started in 1967, and by the time it ended in 1970, over 1 million people had lost their lives.

By the second republic, coups and indiscriminate detention and killings had become the order of the day. People lived in fear and terror of the military presidents. Journalists who dared to write about the activities of the government were imprisoned and tortured. Nigeria was under a cloud of apprehension as people like Ken Saro Wiwa, Dele Giwa, Moshood Abiola, Kudirat Abiola and a host of others were reported dead or ‘missing’. The economy shrank by 3.2 percent per year and the inflation rate by 1995 was 75 percent, the worst Nigeria has ever experienced.

1999 marked the advent of the first civilian administration in 15 years. Nigerians rejoiced at the new government with a renewed hope for economic and social changes in the country. They hoped that inflation, fuel shortages and erratic power supply would be a thing of the past.

One can assume based on Tafawa Balewa’s speech- titled ‘Dreams of Our Founding Fathers’, that at 55, Nigeria would have moved forward as a united and economically progressive country. Instead, the economic growth rate has decreased to about 2.5 percent. Oil, which was the country’s mainstay in the 70’s can no longer support the economy  as global prices have dropped.

While some Nigerians are still very enthusiastic about the potential of their motherland, others are just saddened about the slow progress of Nigeria.

Yesterday we asked Nigerians how they felt about the country and how they would celebrate our 55 years of existence. Here’s what they said: