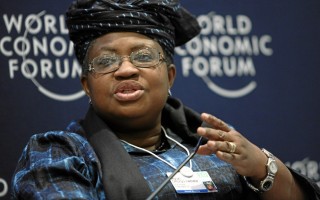 On Friday, 5 February 2021, the office of the United States Trade Representative announced its support for Nigeria’s Ngozi Okonjo-Iweala to head the World Trade Organization (WTO) after a South Korean’s Trade Minister, Yoo Myung-hee, pulled out of the race.

The announcement was made on behalf of the newly elected President Joe Biden administration. In an official statement, the Trade Representative’s Office said that Okonjo-Iweala “brings a wealth of knowledge in economics and international diplomacy from her 25 years with the World Bank and two terms as Nigerian Finance Minister.”

On 28 October 2020, General Council Chair, David Walker and his two co-facilitators in the selection process for the WTO’s next Director-General mentioned that the candidate best poised to attain consensus and become the 7th Director-General was the Nigerian former minister.

In Walker’s words, Okonjo Iweala “clearly carried the largest support by Members in the final round and she clearly enjoyed broad support from Members from all levels of development and all geographic regions and has done so throughout the process. I am therefore submitting the name of Ngozi Okonjo-Iweala as the candidate most likely to attract consensus and recommending her appointment by the General Council as the next Director-General of the WTO until 31 August 2024.”

How the Race Began for Okonjo-Iweala

Okonjo-Iweala’s race began when Nigerian President Muhammadu Buhari nominated her as the nation’s candidate to be leading the global trade body in June 2020.

Prior to her nomination in May 2020, while the COVID-19 (coronavirus) pandemic hit the global market hard, Roberto Azevedo, a Brazilian who steered the wheels of the global body as Director-General announced his plan to step down on August 31, a year to the end of his term. His resignation came at a time when the WTO was under immense pressure to justify its relevance when it could no longer settle disputes for lack of judges in its appellate body.

President Trump successfully blocked the appointment of judges to its appellate body and paralyzed its ability to settle disputes as he accused the court of being too soft on China.

Trump consistently  criticized the trade body, calling it “broken” and “unfair.” The WTO has not been able to successfully foster agreements on e-commerce and subsidies for fishing after its 164-member abandoned a major trade accord in 2015, the Doha Round.

The Doha Round is a trade negotiation among the WTO members. Its aim is to achieve major reform of the international trading system through the introduction of lower trade barriers and revised trade rules. The work programme covers about 20 areas of trade. The Round is also known semi-officially as the Doha Development Agenda as a fundamental objective is to improve the trading prospects of developing countries.

Since 2015, the body’s influence gradually diminished as trade negotiations began to hold in nations’ capitals instead of Geneva, the WTO base. To this end, experts believe that the next leader will need to spearhead effective reforms for the global body to become relevant again.

“The next leader of the WTO must command respect in the corridors of power of the major players,” said Simon Evenett, professor of International Trade and Economic Development, University of St. Gall, Switzerland.

The journey to heading WTO

Between the 15th to 17th of July 2020, Okonjo-Iweala alongside 7 other candidates were presented at a meeting of the General Council of the WTO. Each candidate made a brief presentation to members, including their vision for the WTO.

As of October, Okonjo-Iweala and her Korean counterpart Yoo Myung-hee made it to the final round awaiting a final appointment. While at the final round, all 164 members of the WTO voted for the Nigerian economist except the U.S.  According to a statement by Trump’s administration, “the United States supports the selection of Korean Trade Minister, Yoo Myung-hee, as the next WTO Director-General” who it believes was better suited for the post and “has all the skills necessary to be an effective leader of the organization.”

The administration emphasized the problems and challenges the global body faced and stated that it “must be led by someone with real, hands-on experience in the field.” However, the latest move by her Korean counterpart to withdraw from the race, after consultation with the U.S and full support from President Biden’s administration leaves Okojo-Iweala as the next Director-General of the global trade body. Thus, becoming the first woman and African set to lead the global trade organization.

Ngozi Okonjo-Iweala is a Nigerian-American economist and international development expert who served in the World Bank for 25 years. She began Nigeria’s first female Finance Minister and served under the administrations of President Olusegun Obasanjo (2003-2006) and President Goodluck Jonathan (2011-2015) respectively. She currently sits on the Boards of Standard Chartered Bank, Twitter, Global Alliance for Vaccines and Immunization (GAVI), and the African Risk Capacity (ARC).