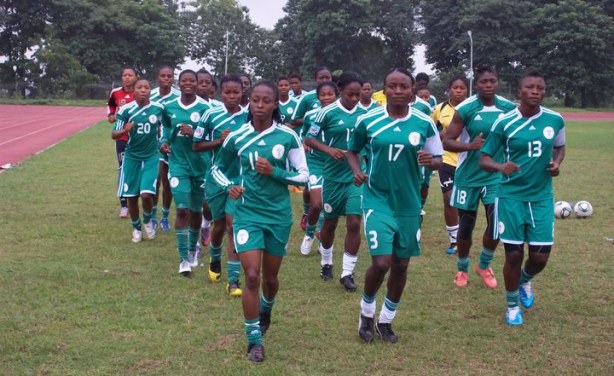 The Nigeria Football Federation NFF) as entered into a partnership with the Chinese Business Council to promote trade and tourism between both nations via football.

According to the NFF, the partnership will see both countries use football– with women football in major focus–to maximize trade relations.

In a chat with Ventures Africa, NFF head of competition Sanusi Mohammed says the understanding between Nigeria and China creates an avenue for the women football team (Super Falcons) and other teams in the country to engage in friendly encounters with the Chinese national sides.

“The Nigeria and China Council came sometime last month to solicit for collaboration between them and the Nigeria Football Federation and we requested them to write a letter to us which they wrote,” said Mohammed.

The NFF head of competition went on to explain that “what they want to do is to use the power of football especially the women football to promote trade and tourism between Nigeria and China bearing in mind that the two countries have understanding…in the area of business.”

From 2000 to 2011, approximately 40 Chinese development finance projects have commenced in Nigeria, various media reports indicate. These projects range from a $2.5 billion loan for Nigerian railway system, Hydropower, and telecommunications projects in 2008, to an MoU for $1 billion for the construction of houses and water supply in Abuja in 2009, and several others.

China hosted the first ever FIFA Women’s World Cup in 1991, a competition where Nigeria’s senior women national team, the Super Falcons made their debut.