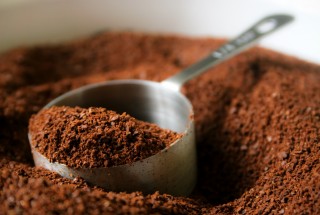 Kenya’s Agriculture Cabinet Secretary, Peter Munya has announced a new pricing formula that would see the determination of the price of coffee at the Nairobi Coffee Exchange (NCE) by the value of direct sales. The policy, which aims at ensuring farmers earn more from their produce, is still a bill in the country’s parliament.

A legal provision has been in place since the introduction of direct sales in Kenya in 2006. However, it was barely implemented. When implemented, coffee farmers would be guaranteed good deals from their produce.

The new pricing formula aims to stabilize coffee prices and minimize price-fixing by middlemen who ripoff coffee farmers in the industry. According to Munya, coffee farmers would be empowered to choose factories that will process their produce from a pool of three interested millers. They would also have a representative at each coffee milling and buyer sourcing stage to ensure accountability in the whole coffee value chain.

Welcoming the progressive move, Daniel Mbithi, the Chief Executive officer of NCE mentioned that “its implementation will promote the auction as it will complement what is already there.” He added that “it will also come as a win to farmers who will benefit from good prices.”

Tea and coffee industries which are Kenya’s most important exports have recorded a considerable amount of growth in recent years. One of the major challenges that bedevil the sector is multiple channels of distribution which has left most farmers economically vulnerable to the operations of middlemen. The sector is also heavily dependent on the international export market, which leaves its smallholder farmers at risk of price volatility.

Last year, the government launched a Ksh 1.5 billion ($15 million) World Bank-backed revitalization programme for its tea and coffee sectors. The programme was aimed at protecting tea and coffee farmers from exploitation while safeguarding the sectors. But it is hoped that this new move would regulate distribution prices while ensuring that farmers record higher profits.