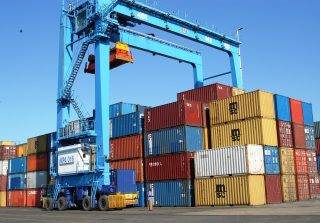 Kenya is looking to curb illegal transactions while promoting transparency in the shipping industry with a new bill, which is being drafted by more than 19 government agencies and is expected to be tabled before parliament before year-end.

Under the law, importers and exporters would be compelled to identify the individuals or companies sending or receiving packages from around the world. Banks and other financial institutions also have to identify senders and receivers of funds as well as assess the risk that the transaction might be used for illegal purposes.

The new bill has been backed by Treasury and the judiciary who believe mandating import-export agents, shippers and brokers to carry out due diligence of their customers would help in the fight against money laundering, a problem that has long plagued Kenya and for which it had a demonetization last June.

Being the financial hub of the East African region, Kenya remains vulnerable to money laundering. This occurs in the formal and informal sectors, deriving from domestic and foreign criminal operations. Such criminal activities include smuggling, illicit trade in drugs, counterfeit goods and weapons, trade in illegal timber and charcoal, and trafficking of wildlife parts.

Moreover, Kenya is the economic and transport hub of East Africa as well with the country’s Mombasa Port being the major trade gateway for much of the region. This makes the region susceptible to the illegal movement of goods and over time, there have been partnerships among member countries towards fighting illicit trade.

While there is a lack of verifiable data on illicit trade or its associated costs, there is a general agreement that it results in major financial and social costs globally and brings about risks to economic growth and sustainable development. For instance, the trafficking of animal parts such as ivory, tiger skins, and rhino horns is estimated to be a $19 billion trade per year.

A 2018 survey by accounting consultant Pricewaterhouse Coopers (PwC) reveals that 75 percent of the respondents in Kenya bore the brunt of economic crime that continues to trouble the country. Illegal trade and the wide availability of illicit liquidity also prevent fair and open markets from reaching their full economic potential and threaten state sovereignty, experts say.

The law, commonly known as Know Your Customer, once adopted, is expected to be aligned with the East Africa Protocol on the Prevention and Combating Corruption and Illegal Trade. “In future, banks will have to adopt the “Know Your Customer” scheme before any transaction is completed but at the same time ensure there are few barriers in doing business,” Njoroge added.