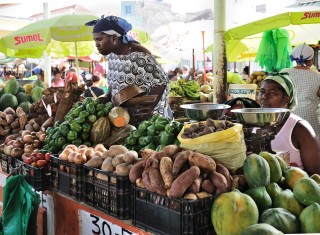 New finance law will have “significant” impact on businesses in Nigeria

The bill, which according to the president was specially designed to support the implementation of the 2020 National Budget, was presented in October (alongside the 2020 Appropriation Bill) and passed by both chambers of the national assembly before the end of 2019.

The new law states that small businesses with a turnover of less than N25 million are to be exempted from Companies Income Tax, while it lowers the tax rate for companies making up to N100 million from 30 percent to 20 percent. This is expected to come as a relief to the lot of Small and Medium Enterprises (SMEs) in Nigeria, most of which already struggle to stay afloat in a hostile business environment.

Nigeria’s SMEs are starved of capital as poor access to finance constitutes a major constraint for businesses. Similar challenges encountered by the sector include the high cost of doing business and multiplicity of taxes, a problem the new bill looks to eliminate. “The initiative is laudable and the proposed modifications to the fiscal rules around taxation are clearly aimed at creating an enabling business environment and alleviating the tax burden for small and medium enterprises,” accounting firm KPMG said in an analysis of the bill. “This is expected to encourage growth and investment by that sector of the economy.”

But the tax exemptions mean the overall impact on the ability of the government to raise revenue is likely to be mixed in the short term. And the overall effects of the policy, especially on government finances, will have to be observed over time, analysts say.

On revenue generation, the legislation raises the value-added tax (VAT) rate from 5 percent to 7.5 percent – a modest but important increase for oil-dependent Nigeria which has one of the world’s lowest tax-to-gross domestic product ratios – and expands the scope of companies taxable.

While the government plans to increase tax rates and expand the tax net, it is also looking to block loopholes in the current tax administration, bringing drastic changes to Nigeria’s antiquated corporate tax laws. All companies are now required to provide their Tax Identification Number (TIN) as a precondition to holding and maintaining a bank account in Nigeria. Meanwhile, existing account holders (opened prior to September 30, 2019) must provide their TINs to continue operating their accounts.

According to the Managing Partner of Prime Consult, Gbenga Adebayo, requesting TIN shows that the government is determined to ensure that everyone pays tax, and would be ready to enforce remittance from the source or ask the bank to freeze the account of defaulters. With unrestricted access into the bank accounts of companies, businesses are now open to paying taxes more than ever. And to reduce tax evasion, commercial banks are required to play a significant role under the new policy. “It will no longer be business as usual regarding tax collection,” Tax consultant Tayo Oluwole was quoted as saying by Nairametrics. “Banks are being used as agents for both tracking and collection.”

The finance law also provides incentives for investment in Nigeria’s capital markets while including a provision that will ease burdens on the insurance, banking and oil industries. It is expected to bring about a significant increase in investments and stimulate activities in the capital market, PwC says in its analysis.

The new law, which also revises several other tax policies, has been welcomed by most stakeholders. “The presentation of the Finance Bill by the Executive… is a welcome development as this is unprecedented since Nigeria’s transition to democracy in 1999. It is sincerely hoped that the precedent set this year will become the norm in the years to come in accordance with global best practices,” KPMG added.

A detailed discussion of the Act and its implications may be premature at this time, Andersen Tax says on its website. But going forward, it is clear the amendments that the Act makes to existing tax laws will have a “significant impact” on businesses operating in the country.

The new law would be revised yearly, as the government plans to grow the ratio of revenue to Gross Domestic Product (GDP) from 6 percent to 15 percent by 2023, with a greater percentage of revenue coming from non-oil sources such as taxes, Nigeria’s Minister of Finance, Budget and National Planning, Zainab Ahmed said last month.