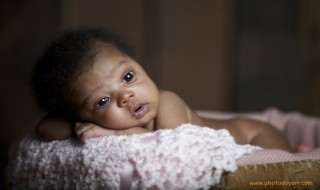 Neopenda: This electronic hat is designed to save millions of babies in Sub-Saharan Africa

Have you ever just stared at a crying baby wondering what could be wrong? Or maybe seen a mother desperately trying to comfort her crying child? Mothers coo, pat, and sing to the baby, but it doesn’t seem to work as the cries only ring even louder. While this is usually a simple case of hunger, there are many cases where the child’s discomfort could be due to health complications. The distressed child could be ill but cannot communicate and this could result in further complications or even death.

Although substantial progress has been made in reducing child mortality, 16,000 children still die daily, making under-five, infant and neonatal survival an issue of urgent concern. Sixteen thousand deaths a day is equivalent to 11 deaths occurring every minute and this is unacceptable, especially in Sub-Saharan Africa which remains the region with the highest child mortality rate in the world.

UNICEF reports that the neonatal period of a child’s life is the most crucial as it is the period where they are most vulnerable. Therefore, we must focus on this age group in order to reduce neonatal mortality. This is the objective of Neopenda, a small, low-cost, vital signs monitor integrated into a baby hat. Created by a global health tech start-up in New York, Neopenda is for critically ill newborns being cared for in hospitals within low-resource countries.

The wearable technology tracks the four vital signs used to identify babies in distress. Through sensors powered by rechargeable batteries, the hat tracks a baby’s heart rate, respiratory rate, blood oxygen saturation and temperature. This data is then transmitted to a central monitor, wirelessly, which alerts attending healthcare professionals when a newborn is in immediate danger.

In sub-Saharan Africa, home to the highest mortality rates in the world, there is a dearth of vital signs monitors and those available are very expensive. As a result of this, health practitioners are subjected to monitoring Neonatal Intensive Care Units by manually checking vital signs like the temperature and heart rate of ill babies. This laborious and slow-paced mode of operation has resulted in thousands of deaths. Sometimes, it is a case of insufficient manpower to manually check on the new-borns.

In a 2015 report titled Levels and Trends in Child Mortality, UNICEF states that there is a “95 percent probability the number of children under age five in sub-Saharan Africa will grow by an extra 26 to 57 million, from 157 million in 2015 to between 183 and 214 million in 2030.” Therefore there is an increased need for services and inventions like Neopenda to tackle infant mortality in the region.

The creators of this lifesaving hat are currently working to advance the prototypes by integrating design inputs suggested by doctors and nurses in Uganda. They are also planning to launch at a partner hospital in Uganda. This wearable technology is completely safe for babies and it operates by using a Bluetooth Low Energy transmitter that is approved by the Federal Communications Commission and complies with all safety recommendations.