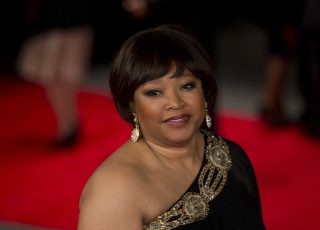 On Monday, State broadcaster, SABC, announced the death of  Zindzi Mandela, daughter of South African liberation hero Nelson Mandela and anti-apartheid activist Winnie Madikizela-Mandela. According to officials, she died in a hospital in Johannesburg on Sunday evening at age 59.

Zindzi has been serving as South Africa’s ambassador to Denmark since 2015. She rose to international prominence when she read out her father’s rejection of then-President PW Botha’s offer for freedom in 1985.

Zindzi Mandela spent many years involved in South Africa’s freedom struggle and embraced roles in the arts, philanthropy and business.