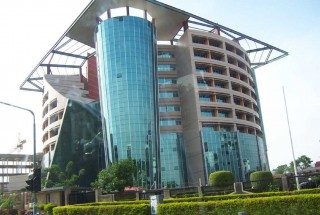 NCC moves to ensure the financial stability of telecom operators

The Director-General of the Nigerian Communication Commission (NCC) Prof Umar Danbatta has announced measures put in place by the NCC to ensure the financial health of Nigerian telecom operators. This is in light of the interconnectivity bill crisis of about 70 million as of 2020.

A major source of worry on the part of the telecommunication firms has been the ban from the embattled Minister of Communication and Digital Economy, Isa Pantami who in a directive issued in December 2020, halted the sale of SIMs by telecom operators. But even though the directive was overturned last week, the industry has been put under intense pressure as the inability of telco firms to sell SIMs hampered their ability to onboard new customers and potentially expand their revenue which had already shrunk owing to the pandemic.

Dealing with an already strained sector

The telecoms sector contributed 12.45% to Nigeria’s GDP in 2020. Initially, there was a boom as the pandemic brought an increased demand for connectivity to meet remote and flexible work arrangements. Even though this was short-lived, it was enough for most telcos to register profits that exceeded expectations given the onset of the COVID-19 crisis.

However, the ban on the sale of SIMs and the inability to onboard customers restrained the sectors ability to earn income.

Foreign nationals who came into the country to do business were unable to purchase sim cards, frustrating their business efforts and stifling their ability to communicate with local counterparts. Quite frankly, the cost of the SIM embargo can be described as depressing, from a financial standpoint, and made even worse so when accounting for the sheer frustration and hardship it has inflicted on well-meaning Nigerians. This coupled with the full impact of the pandemic saw a decline in revenue from users (ARPU – average revenue per user) since January 2021 compared with the previous year.

No cogent explanation has been issued to Nigerians and with the sudden reversal of the erstwhile ban, it begs the question as to whether the ban was really necessary in the first place? Be that as it may, the sector is already dealing with interconnectivity bills reported over N70 billion as stated in a 2020 report.

The rates are usually agreed upon and the NCC provides an oversight function. The DG of the NCC has expressed disapproval over the largely unpaid bill and has reiterated that such bills being left unsettled for so long places unnecessary burdens on the respective companies.

The NCC called for a fresh audit of the operators to ascertain their liquidity, likely in a bid to forestall the total halt or loss of operations on the part of the carriers.

Rethinking competition in the telecommunications sector

The telecommunications sector is directly impacted by globalization. As such, telcos need to rethink their strategies, adopting global best practices, especially if they are to survive or better yet thrive. Long gone are the days when telcos saw their competitors as each other (Airtel, Glo, MTN, 9Mobile) but rather tech apps such as Facebook, Instagram, Whatsapp, Viber and Zoom.

To compete effectively, they need to be in tune with the array of services their foreign competitors provide while exploring cost-effective means of deploying similar solutions locally. One big leveler of the local playing field is number portability which has kept operators on their toes as any service lapses will see a mass exodus of customers in their droves.