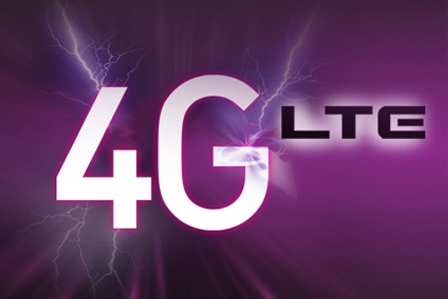 Another milestone has been achieved in the Africa Telecommunications industry, as Namibia becomes the second Africa country after Angola to adopt 4G Long Term Evolution (LTE) technology.

Angola’s Movicel launched the first LTE technology in Africa in April with technology from Chinese telecoms equipment markers ZTE and Huawei.
Ghana is also planning to join the league of African countries with 4G networks.
The new technology is expected to cover large parts of Windhoek by July including those living in the rural areas, about 45 % of Namibian population. Those in the rural areas are expected to enjoy 4G access by the end of the next twelve months.

LTE is the latest standard in the mobile network technology tree that produced the GSM/EDGE and UMTS/HSPA network technologies. It surpasses the 3G networks by providing better coverage, faster speed, less latency and better network quality.
The Fourth Generation (4G) LTE technology is therefore a natural development of the current 3G mobile communications standards as it offers higher Internet data speed that is ten times faster than the 3G network. Apart from this, it better in-door coverage because the frequency is lower in urban areas, and improved coverage in rural areas using a much lower frequency, which will give the same data high speed and coverage as that of voice and SMS (Short Message Service) communication.
It also assures less delay in the network replying to subscriber requests while more users will be accommodated in the same base station.

The 4G LTE technology is deployed in more than 1000 kilometers of fibre backbones country-wide, complete with the latest technology from the West Africa Cable System (WACS), an undersea cable along the western coast of Africa.

Speaking at the launch of the product, MTC Managing Director, Miguel Geraldes, said customers would benefit from a faster speed with no latency, which is significant for business. It shows “how capable MTC is as it is only the second operator in Africa to launch the new technology.”

“Customers will definitely have a much better experience in 4G as the speed will be tremendously faster and there will be no latency, when you click the button, you no longer have to wait to get a response from the network as this will now be instant, which is significant for business,” Geraldes revealed.

Geraldes assures that the 4G LTE with the tremendous Dense Wavelength Division Multiplexing (DWDM) 40G technology deployed in more than one thousand kilometers of optic fibre, complete with the latest technology from the West African Cable system – an undersea cable in which MTC has partnered with a consortium of international investors – provides the company with a competitive advantage as far as information and communication technology in Africa is concerned.