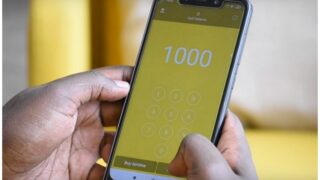 Asilimia, a startup that is building the digital infrastructure to connect African MSMEs to the formal financial economy, has secured $2 million to grow its team, deliver new services and expand into new markets in East Africa. The startup raised $1 million in pre-seed funding from a wide range of investors, including two-time unicorn founder, Fredrik Jung Abbou (co-founder of Kry and Lendo), Norrsken Impact Accelerator and other prominent founders from across Europe. It also raised $1 million in a debt round that included Bpifrance and GreenTec Capital Partners.

The pre-seed funding will support team growth and expansion while debt funding will enable Asilimia to extend credit to MSMEs, providing much-needed financing to help them scale their businesses. Asilimia is on a mission to build the digital financial infrastructure of Africa’s highly fragmented and paper-based informal economy, and address the $360 billion credit gap that is impacting the continent’s 150 million MSMEs. Despite contributing approximately 38 percent of Sub-Saharan Africa’s GDP, lack of consolidated data means MSMEs are considered as high risk, leaving them locked out by traditional financial institutions. And even in a country like Kenya that has a higher financial inclusion rate than most of the continent due to the advent of M-Pesa, most MSMEs still use pen and paper to record their transactions, and 30 percent of their profit is spent on mobile money transaction fees.

Asilimia has built an affordable and easy to use digital platform that formalises payments, revenue collection and accounting for business owners, making it easier to monitor their business activities in one place. Using just their mobile phones, business owners can record their expenses and sales, track pending payments and gain financial insights through a simple dashboard that is more efficient than using pen and paper. They can also connect their personal mobile money accounts and save up to 90 percent on transaction fees. This consolidated and verifiable business data de-risk business owners, making it easier for them to access a range of financial services, including insurance, savings and loans to meet their specific needs, accelerate their growth and support development in their communities.

The startup is growing at 30 percent week on week, and the app is used an average of 90 times per month per customer. According to Tekwane Mwendwa, CEO and co-founder of Asilimia, “Africa’s informal businesses are the backbone of its economy and we want to unlock their GDP to drive further growth and development across the continent. Our focus over the last few years has been to build a solution that works and this new funding will enable us to take it into new markets and impact the lives and livelihoods of more business owners.

Asilimia was founded by Tekwane Mwendwa and French entrepreneur, Morgane Kablan to build the first financial infrastructure of the informal economy in Africa. The startup was incubated in the prestigious Station F programme in Paris and it has also been through the Norrsken Impact Accelerator programme. Funda Sezgi, co-founder and Managing Director at Norrsken Impact Accelerator said, “MSMEs play a vital role across Africa and making it easier for them to succeed is great for the continent as a whole. Tekwane and the team have built a solution that works and we are delighted to be supporting them as they drive prosperity in a key sector for the African economy.”

Asilimia is a Nairobi-based fintech startup providing the financial infrastructure needed to connect Africa’s 150 million micro, medium and small-sized enterprises (MSMEs) to the formal financial economy. The company’s key objective is to bridge the USD500bn financing gap for growing enterprises, which are unable to get loans and other financial support due to a lack of proper financial records. Asilimia solves this puzzle by using the digital data that the MSMEs already have, which is verifiable, to solve the dual problems of accounting and financial inclusion.