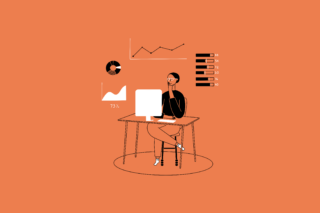 You must have stumbled upon the saying, tech is the new oil. Well, here’s a new one: tech money is the new oil money. A little over a decade ago, almost everyone wanted to work in the oil and gas sector – a sector that held and still holds the key to the Nigerian economy – because of the financial benefits. Times have changed; the tech ecosystem is the new hotspot of wealth. Below is the pivot journal of Jessica Ayodele, a lady that has had a taste of both the old and new money.

As an exceptionally brilliant student in her secondary school, Ayodele represented her school in many competitions. She wanted to become a medical doctor but had a change of heart when she met an oil and gas expert in one of the competitions. “The woman flaunted her platinum card in our faces and talked about it being a no-limit card because she worked in oil and gas. She motivated us. Who does not like money? I did not like biology, and my choice of medicine was because my parents were medical practitioners who wanted me to do medicine,” Ayodele said.

In 2014, Ayodele graduated from the Department of Chemical Engineering at Covenant University and was the best graduating student in the School of Engineering that year. It was a dream come true for her. Afterwards, she strategically did her compulsory one-year service in Port Harcourt to have her Master’s degree at the Institute of Petroleum Studies -a postgraduate institution which evolved from the collaboration between the University of Port Harcourt, Nigeria and IFP School in France. She completed the programme in Petroleum Engineering and Project development in 2016.

It was natural for Ayodele to practise in her oil and gas field. As an exceptional student, she got a job offer from Amni Petroleum as a graduate trainee even before she completed her Masters degree. The role involved her working offshore, but she left after a while. “That was how I started in oil and gas. I left after seven months because offshore life was not for me,” she said.

In 2018, she started working with General Electric. During this time, a guy called Emmanuel Ikehi piqued her interest on Linkedin. He had studied petroleum engineering but now works as a data analyst for a gaming company. She wondered why he decided not to work with oil giants like Chevron or Shell. “I kept monitoring his progress. I was still working in oil and gas and was still working on projects, but it was in the back of my mind tech was something to look at. The tech industry was burgeoning at this time, and I had a few other people I knew who studied engineering but were now data analysts,” Ayodele said.

Fast-forward to 2020, Ayodele wanted to move to Canada and did not want to do engineering anymore. Tech became the alternative.

“When coming to data analytics, start by learning excel. Those are the basic tools you would use,” Ayodele noted. Her knowledge and love for Excel dates back to her university days. Realising she wanted to pivot to tech, she looked up courses in September 2020. Then, she did not know the difference between data science and data analytics. She started her first data course on Coursera – IBM Data science and was to pay $50 a month for ten months. Ayodele was not going to pay that amount for that duration, so she was determined to finish it in the shortest time possible since it was flexible. Then she took an NLP (Natural Language Processing) course to learn about SQL, Python, and machine learning algorithms. It was an introductory course and she wanted to expand her knowledge. She followed Ikehi squarely, and he uploaded courses that gave her a road map.

“Because I did Python and not every course will teach you thoroughly, I did another Python course on Udemy by Jose Potilla. As I was doing the courses, I worked on projects. The IBM was a specialization course, and it had an accompanying project. I made sure the project was top-notch so as to add it to my portfolio. I started applying for a job in January of 2021,” she recounted.

Five months into learning, she came top five in the Maven analytics competition. She spent 12-14 hours on Coursera and Udemy during weekends, and in the space of 7 months, Ayodele had learned what she needed to scale in the data analytics space. But during this period, she was confused because there were too many resources in the field. “Many people were trying to get into this field, so there were a lot of boot camps and courses. If you have no one to guide you, you would be lost like me. I still have a lot of courses on Udemy that are unused because I wanted to grab it when it was on sale,” she said.

Another challenge for her was not belonging to a community. “I had friends that would help me review my work, but they worked in other fields. So if there were a code problem I wanted to discuss, they could not relate. That frustrated me a lot,” she stated.

Ayodele currently works as a data analyst for Sobeys Canada, the second largest grocery retailer in Canada. She works in the e-commerce arm – Voila, where she provides analytical expertise to its replenishment team. She is also responsible for the maintenance and automation of the replenishment report suite, which provides daily updates on important KPIs – customer fulfilment, webshop availability, future orders and many more.

“Replenishment has to do with making sure the items we have on our website are available for the customers to buy. I track some metrics the team would use and inform them how to replenish the website,” Ayodele said.

When asked about the possibility of transitioning from her current field, Ayodele said she is open to opportunities, and change is constant. “I am settling in my role and have possible career paths which I already have a roadmap for. It could be data engineering, product management, a more senior role as a senior data analyst, or a data product manager for a tech firm,” she stated.

Ayodele also runs a community – data tech space for data professionals at all skill levels. The community provides a support system for budding data enthusiasts to connect with their peers and experienced professionals.

“I used to apply for graduate trainee programmes where we had over 10,000 people, but I just had the determination that I have to be the best wherever I go. Career-wise, it is about being the best version of myself. I also love to network, and Linkedin has helped me with opportunities,” she concluded.