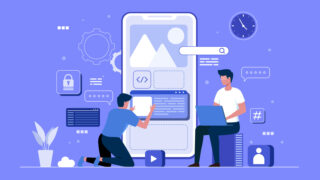 My Pivot Journal: How Tobi Odogwu went from organising parties to developing software

At first glance, Tobi Odogwu seems to be about the easy life. He relishes every chance to relax and be in the moment. However, that’s a sharp contrast to his nickname, ‘Mr. get-it-done, which precedes his reputation for dogged efficiency. From his days at the university — where he got the nickname— till this day, Tobi has travelled an adventurous career path through entertainment, management, and tech. Here is Tobi Odogwu’s pivot journal.

Tobi earned his Bachelor’s degree in Cell Biology and Genetics from the prestigious University of Lagos, but his current career path has nothing to do with his line of study. As an undergraduate, he worked at a media company that managed brand activities and advertisements in Nigerian institutions. During this period, he toured different institutions and worked with prominent industry players in entertainment. He was good at his job and quite passionate about it, he contemplated becoming an On-Air Personality (OAP).

However, this extempore dream did not work out, so he settled for working behind the scenes and had the chance to manage some projects. But after a while, he dabbled into social media and web management.

While working as a web manager, Tobi became interested in how websites work, but he was uncertain about becoming a web developer. In 2019, he attended a skill acquisition programme in his local church. He had learnt digital marketing the previous year, which helped him while working as a social media manager in the entertainment space.

This time, he was a web manager and wanted to learn a related skill. So he opted for the web design class. “I enjoyed it,” Tobi said. “I learnt the basics and was not lost in class. I felt, “this is for me.”

In December 2019, Tobi returned home from a busy entertainment tour season. He was only supposed to rest a while and resume that busy life the following year. But the pandemic happened, disrupting all those plans. That caused Tobi to start rethinking his career path. “I realised that my job could not offer me security or flexibility,” he said. “I also realised that I do not have to be physically present to get things done. I could work remotely as long as I can offer value to a project,” he said.

Tobi learnt the basics of web design in that training, but his knowledge was not enough to get him a job in tech. So he decided to change that. His first move was to browse through a cocktail of videos about different tech skills on YouTube. He wanted to be sure of what he wanted. “I am a visual person. I enjoy seeing things unfold,” Tobi explained. “I also enjoy looking at colours. So front-end development was the best option. I want to be able to say I pressed this button and that button, and here is the result.”

Tobi had a 3-step plan to get his first job in tech. First, he would go through a self-learning process; second, get an internship in a tech company; and finally, get retained by the company.

During the pandemic, which overlapped with his break from the entertainment scene, Tobi consumed several coding resources. He started with freeCodeCamp, read JavaScript For Dummies, and engaged in many HTML, CSS, and Javascript exercises. Whenever he got to a learning crossroads, YouTube was his resolve. “I watched videos to support my understanding. It was more visual for me, and I got to learn better,” he said.

Throughout this phase, one of his friends, who had been monitoring his self-didactic progress through his social media updates, showed him a multinational insurance company that was recruiting graduate trainees. He heeded, applied, and went for the interview.

Odogwu spent about ten months self-learning and working as a graduate trainee. “I did a softcore training in business, took coding exercises, and did project management,” Odogwu said.

These months were not without their hiccups. The ocean of opportunities in tech caused imposter syndrome to kick in. But he found a way to deal with it. “One of the best ways is to focus on your result,” he explained. “Every win you have gives you the confidence to do more. Every time you feel not so confident, go back to the old win and forge on,”

Fortunately for Tobi, the company retained him after his trainee programme.

Currently, Tobi is a software and front-end developer. He maintains and creates software applications for users to solve their daily business needs. He works with an insurance company, creating software that helps them measure or track their business sales. These applications benefit the administrative department, legal team, and sales team. “My role is to build and support applications. This means that I help a user when he complains about a difficulty he encounters while using the app,” he stated.

“Do not wait for the perfect moment or until someone else does what you intend to do. Otherwise, people will take your ambitions and potential and place them in the hands of someone else who does not even show up. So do not wait for anyone. Chase your goals,” Tobi stated.