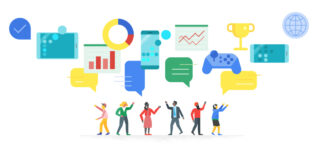 My Pivot Journal: This science teacher pivoted to tech during the floppy disc era

David Olaide Tobrise had no interest in becoming an IT professional. He loved Physics and Mathematics and taught them for over 10 years in two schools in Lagos. His teaching career was quite successful; he rose to head various departments at the schools he taught in, but he wanted more. Soon, he began to nurse the ambition to delve into tech. However, the internet had only just arrived in Nigeria at the time, and there was little information available. Despite the difficulties, his decision to pursue a career in technology was motivated by the desire to become the go-to person in a rapidly evolving digital world. Presently, he occupies top executive roles in two big IT firms in Lagos – VonCap Limited and ParallelScore.

Tobrise began his teaching career as a maths teacher at Lagooz College, Agege, Lagos, in the year 2000. It was the turn of the millennium, and the internet had only just arrived in Nigeria. People here were not familiar with the internet. Not many people had emails, and Facebook had not yet been created. However, his tech dream “was rekindled by the character of Chloe O’ brian in the TV series 24, played by American actor, Mary Lynn Rajskub,” he said. ‘Twenty-Four’, an American dramatic action/thriller television series co-created by Joel Surnow and Robert Cochran, first aired in 2001. In the series, Chloe is a Counter Terrorist Unit (CTU) Systems Analyst who is the go-to person for Jack Bauer, played by Kiefer Sutherland, the lead protagonist.

“Before watching 24, I had nursed the desire to be a tech person but didn’t know how,” he said. To satisfy that dream, Tobrise applied to study Computer Science at the Lagos State University and was offered a sit in class in 2002. While he worked and schooled, the harsh realities of becoming a programmer in the mid-2000s dawned on him. “I hated programming at the university and consequently resigned my fate to teaching. Then came 24, and I saw how Chloe was the go-to person for almost anything Jack needed. That was what rekindled that desire in me so strongly. Seeing her do those things … it felt like this was what I was called to do. To be of service in the digital world,” he said.

Inspired, Tobrise resigned from his teaching job “where I was doing very well, a mistake because I suffered.” He began to search for IT companies where he could work as an intern. “I didn’t mind the pay. I just wanted a place where I could learn but got disappointed each time,” he said.

In 2007, he was introduced to the Daystar Skill Acquisition Program (DSAP) organised by Daystar Christian Center, Lagos, where he learnt programming in Java. “We were 33 in number when we started but I was the only one in the class by the time the weeks had gone by. I never missed a class. To me, it was everything.”

Given the country’s internet situation at the time, his tech journey was difficult. The power supply was bad. Laptop computers were also uncommon. Tobrise had to do research in cyber cafes. “I would save static pages on floppy disks, then go home and read them on my desktop at home. I remember we had this Starcomms modem back then that gave a bandwidth of 512kbps,” he recounted. The internet was only available from 6 pm to 6 am daily.

Today, Tobise holds a Masters Degree in Software Engineering and Information Services, and doubles as the General Manager and Chief Technology Officer (CTO) with VonCap limited and as Director of Technology and Product with ParallelScore.

At VonCap Limited, Tobrise assigns tasks to staff members, builds systems architecture design, implements solutions, provides cloud computing services, scripts servers, and does programming. “I oversee both technical and non-technical staff members,” he said. His job at ParallelScore is a bit different. He manages only technical resources and ensures the quality delivery of software products to clients.

It’s been over a decade since he transitioned to tech, and he has grown, but it took some sacrifice to stay relevant. “In the tech space, when you think you have mastered a certain technology, another one emerges and begins to build momentum. So you have to keep up with the latest trend, and constantly research and test new technologies,” he noted. He further noted how challenging it was to manage team members remotely. He dislikes the near-impossible task of getting a replacement for a team member that resigns. “Sometimes, it’s next to impossible to get suitable replacements,” he said.

Determination. “There will be rough patches on the road. Sometimes the learning curve might be quite steep, it is at that point you would need determination.”

Focus. “Learn one thing at a time. The tech space has a lot of noise. Do not be distracted. Stay focused.”

Be a problem solver. “Make sure you are solving a problem because tech itself is all about problem-solving.”