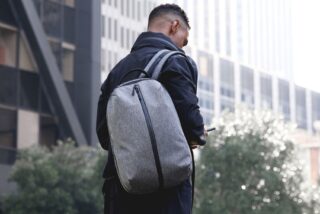 My Pivot Journal: How dissatisfaction drove an office assistant into blockchain

Excel Oliva, 24, is a tech bro; more specifically, a crypto bro. But that wasn’t always the story. Like many young people, he had tried several things – a snail farm, a writing company, and even a podcast – none of which had much success. He is now a web3 research analyst and strategist for several startups, including AFEN blockchain. But between these two ends of his story lies his frustrations and desire for a better life.

Excel Oliva got his Bachelor’s Degree in International Studies from Delta State University, Nigeria. His first job was as an administrative assistant in a renowned Real Estate company (name withheld) in 2019. He later became a digital marketer for the same company. But all through his two years there, he hated his job. “Six months into working for that company, I knew it wasn’t for me. I hated it,” he said. “I got the job out of my aunt’s benevolence. She owns the company. But that didn’t change how I felt about it. Their operations were archaic, work was non-flexible, and there was stark disregard for working hours. And on top of that, I had to deal with constant traffic. It was really frustrating. I remember closing at 9 pm and getting home at midnight just because a superior was not in a good mood. Even if they offer me twice what I earn today, I still won’t go back,” Excel said.

Excel’s dissatisfaction made him start looking for a new passion, so he began researching web3 and blockchain. A few months later, he got his first job as a writer for a blockchain firm. He grew his crypto knowledge to contribute more to the firm and was promoted within a few months.

While at his old job, Excel couldn’t help but think about how he missed his first chance to become a tech bro. “Close to the end of my NYSC program, I got an opportunity to learn how to code from an NDDC training program. Although the program was short, I learnt the core aspects of it. But I eventually didn’t follow through. Instead, I chose to waste two years of my life in a real estate firm,” he said.

Since his job also wasn’t getting any less unbearable, he gladly took on side gigs. And in January 2021, it all changed after his gig with the blockchain firm, AFEN. He saw everything he wanted in a job. “My ideas were welcomed. I could contribute and be heard. I could innovate around ideas and be listened to. One work trip to Jos was all it took. I came back and emailed HR that I was resigning”.

It took less than six months for Excel to transition into tech. In this period, he consumed as much information about web3 as he could get his hands on. But even though it took a short time, it wasn’t exactly a walk in the park.

His first challenge was to identify himself in the tech space. “I felt like I was in a strange industry and that my skills didn’t match,” he said. “I had to keep reassuring myself while improving on my skills.”

And since the internet is overloaded with information, Excel found himself consuming more than he needed. “I consumed everything at a point, and it started confusing me on what to do.”

But then he figured since he already had experience with digital marketing, he could start by writing. “I was already used to writing copies and creating content, so I found that part easy.”

Excel learned fast on his first tech job as a writer. And since doing research was his proven strength, he became a research analyst. And because he was already good with digital marketing, he blended into his new tech role in corporate communications.

According to Excel, he is not done transitioning, as there’s still a lot to learn. “I still write technical articles, contribute to growth marketing and am currently building my own startup.” But more importantly, he loves what he does now. “I found acceptance and grew in love with web3 tech,” he said.

Today, he offers his services to several startups while building his brand. He also has his tech blog, where he educates people about web3 technology. “I’m still growing, but I know what I want now and how to get there. So it can only get easier from here.”

“Anyone that doesn’t research doesn’t want to grow. Research, learn, apply and envision yourself”, said Excel.