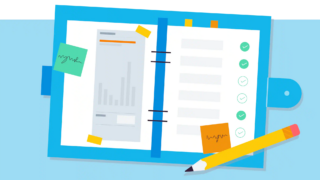 My Pivot Journal: How a lawyer’s persuasive skill landed her a job in tech

Ukeme Ukoh always had her mind set on studying law, right from when she was a child. She was going to become a senior advocate of Nigeria. After spending six years studying to become a lawyer, she was finally on her way to building a career for herself. But an encounter with a client and the opportunity to earn more money made her put her law degree aside for a different role.

Ukeme’s family always wanted her to be a lawyer. And that is what she became. “My whole life has been law destined. My family put it in my head that I was born to be a lawyer and that law was the best profession. Eventually, I grew to love the law,” she says. Ukeme got her bachelor of laws degree at Igbinedion University, Edo state. She attended the Nigerian law school in Lagos and got called to the Nigerian bar in 2019. After her national youth service, she got a job as a junior associate in casting knight solicitors, a Lagos-based law firm.

Ukeme did not set out to switch careers. She was thriving as a corporate lawyer. In her first year, she represented top clients in different industries. Her best skill is persuasion. “I am good at convincing people. I will follow up till I get what I want,” she says. But one client saw her applying the skills beyond the law. “I got to represent the founder of a tech company. He noticed how easy it was for me to convince people and not take no for an answer. He kept asking why I did not apply my convincing skills in other fields,” she recalls.

He asked her to join his company. But not as a lawyer. “He asked me to join his team as a business developer. I was hesitant. With no experience in tech or business development. What was I to do? But he kept pushing.” she says. Ukeme was curious. “Before then, I had not thought much of the tech wave. The most I knew was that some of my law friends were providing their services through some new mobile apps. It was not the traditional method of handling legal issues, and they never handled court issues. But I realized the world was moving fast. And I was not going to be left behind,” she says. Eventually, she started researching business development. “I have to say the money inspired me. I realized people in tech were earning a lot of money. There was also the simplicity and opportunity for growth in the tech industry,” she says.

Ukeme did not quit her job immediately. Her first instinct was to learn about this new possible career. She made good use of the internet. Udemy, an online learning platform, became a go-to website. “I was constantly researching how to become a business developer, specifically in the tech industry. I used YouTube a lot. Then I took some courses online on business development and management,” says Ukeme.

Her biggest challenge was having to start over. “I had no experience in tech or business development. So I had to work hard at learning. It is like going to school from the beginning. Eventually, most of my learning has been on the job,” she says. Coupled with the fact that she was acquiring a new skill and entering a new industry, she also had to learn fast if she was going to accept the job offer from her client. It took her more than six months of consistent learning to feel ready to take on the new role. Then she quit her job at the law firm.

Currently, Ukeme is the business development officer at Patronize, a fintech platform that helps merchants with online payments. She develops the long-term vision of the company while coming up with tactics to enter new markets. She gets to work on business partnerships and clients. It has been one year and six months since she transitioned.“I love my new role. It is exciting. It makes me feel important and needed. I have grown so much. I have even expanded my skill set to marketing. And best of all, I can work remotely,” she says.

Ukeme now earns three times what a lawyer of her calibre receives as salary in Nigeria. She wishes she had other skills. “Sometimes, I wish I had studied engineering. Although that field is male-dominated, that is where the money is,” she says. But Ukeme is happy working in the tech industry. “I have no regrets. Tech is the future. And I am going to be part of it,” she says.

She has become dedicated to growing in her capacity. “I am still studying. It will take forever to be the best at what I do. But I have been doing well so far, and that is all the encouragement I need,” she says. “I would say my transition was grace bound. Not everyone has the opportunity I had,” she adds.

Kindness and constant education. “Be nice to everyone. You never know who your next client or boss will be. Also, study more. You can never know enough,” she says.