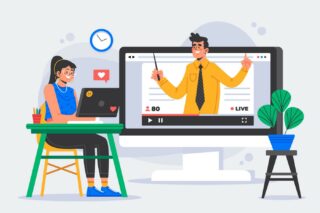 My Pivot Journal: From quality control officer to front-end engineer

Anisat Akinbani has been fascinated by technology since she was a little girl. But she graduated from school as an industrial chemist and worked as a quality control personnel before pursuing her core interest. Now she is a front-end developer and technical writer, and she will not leave the field for anything in the world. “I am tech, tech is me,” she quipped.

Akinbani is a graduate of Industrial Chemistry from the Federal University of Akure (FUTA). ” I was desperate to gain admission and wasn’t particular about the course I wanted to study. I had a conversation with my uncle, an industrial chemist. And his advice influenced my course of study,” Akinbani stated.

As an industrial chemist, chances were high she’d work as a quality control analyst in industries. After her first degree, she immediately got a job as a quality control personnel with BUA group and Olam International. Her job entailed routinely analyzing flour and pasta samples before being sold to markets. She also conducted quality control checks on bagging and packaging materials used in the company. But during her service year, her interest in technology resurfaced.

Akinbani had always been fascinated by technological innovations. Once, she and her late dad were intrigued by a Lagos State University undergraduate who worked for a tech company. “He [the undergrad] was a self-taught Java developer, and my dad was fascinated by what he did. As an undergraduate, he earned well by building mobile applications for companies. I wanted to do something like that,” she said.

When she resumed school after a vacation, she immediately reached out to a friend in the computer science department and told her about her new interest in tech. She started attending lectures with her friend but had to stop when it affected her chemistry classes.

Having gained experience in her field of study at BUA and Olam international, she decided to pursue her core interest during her service year. She was offered a three-month front-end internship with HNG Internship. Throughout this time, she consumed a lot of learning resources from various websites, but majorly YouTube.

“If I run into a problem, I quickly visit YouTube and search about the problem. I also used Freecode camp to understand the basics of web development. Signing up for boot camps can be pretty expensive, but Freecode camp was like a free boot camp for beginners to train. I used that to understand HTML, CSS, and Javascript,” she said.

Akinbani also won a paid course and was lucky to be one of the hundred picked for a three-month web development class. There she had access to facilitators who monitored their progress painstakingly. Akinbani needed about a year of intensive training and learning before he could execute projects with little or no supervision.

Until recently, Anisat worked with Cloudops Limited as a front-end engineer and will be moving to an undisclosed tech company soon. She is presently working on freelance projects while also contributing to Evanto’s technical writing team.

Akinbani has no plan of ever leaving tech. Even with her peers advancing their knowledge of chemistry in foreign universities, she is undeterred and constantly learning new skills to improve herself. She wants to advance her career by pursuing a master’s degree in a tech-related field.

“If you know your why, you will keep going even when it gets tough. It makes no sense if you’re doing it because so many people are going into tech. You need to be interested,” she said.