My Pivot Journal: Emmanuel Faith’s journey from Finance to the Human Resource space.

Emmanuel Faith is a man of many capabilities. He is an SDG 5 advocate and a TEDx speaker. He describes himself as a retired poet with a couple of chapbooks to his name. On the professional side, he has traversed the finance and tax industry and is presently working in the Human Resources Management space. For almost two years, he has been leading the people and culture at Cowrywise (YC 18) – a rapidly budding fintech company in Africa.

While applying to Obafemi Awolowo University (OAU), Emmanuel Faith envisaged he would be an Accounting graduate in four years. But that did not happen, as he repeatedly erred in the appropriate subject combination at the Post UTME stage. At the third trial, he realised his mistake but was left with the dicey choice to accept the offer to study Economics or wait another year. He chose the former and became a graduate in 2018.

As an Economics graduate, he explained that the chance of pursuing a career in finance was more than 70 per cent. Luckily, he found an alternative early enough when he realized his disinterest in finance. As an undergraduate, Faith embarked and engaged in a lot of activities and competitions.

“I didn’t like my course of study, so I was always everywhere. I did a Business Plan Challenge in my final year. The winner gets an internship opportunity. I won the challenge and got the opportunity to work in Meristem. I joined their investment research team, analysed Nigerian stock, gave stock recommendations, and wrote research reports. The internship made me understand I was not going to do finance,” he stated.

During his undergraduate days, Faith also worked as a campus ambassador for Unilever and worked directly with the branding team under the HR department. “I did several campaigns and being there ignited my interest in HR. But I did not get the whole picture yet,” he revealed.

Afterwards, he got into a graduate internship role in 2018 with Tax Aide Professional Services through another competition he won before leaving school. “And that was how I started my career in tax. I was dealing with company income tax, Value Added Tax, personal income tax and payroll management,” he said. As he would later discover, payroll was under HR, and that was the moment of light for me,” he stated. 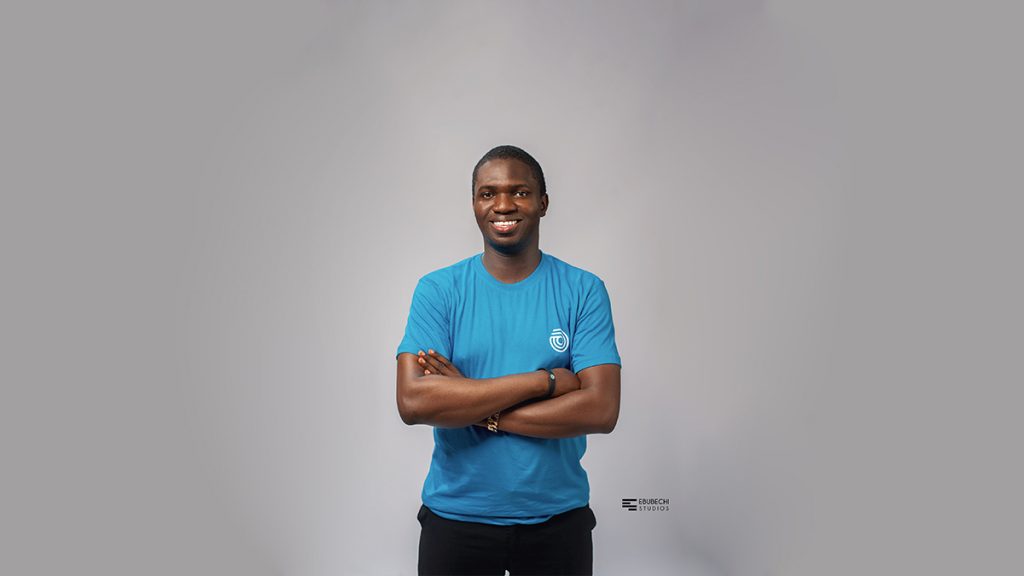 Although he was working in the tax space, Faith knew what he wanted, so he started a professional course. Contrary to the expectation at Tax Aide to take The Chartered Institute of Taxation of Nigeria (CITN) course, Faith took a Chartered Institute of Personnel Management of Nigeria (CIPM) course for HR. “ I started writing CIPM, sharing HR tips on Linkedin, connecting deliberately with HR people, and applying for HR jobs too,” he explained.

Eventually, in March 2019, he got an offer to work for General Electric (GE) as a commercial finance process analyst. While the role wasn’t what he desired, he felt the company’s multi-national status would boost his Curriculum Vitae (CV). By this time, he had completed two stages of CIPM and was on the third.

Amazingly, before Faith exited GE in Aug 2020, he had moved between two roles, as he later worked in the HR department as support staff. “At GE, they wanted to do an employee engagement, and they needed someone who had HR knowledge and could write for HR comms. About three people referred me. And that launched my entry into HR at GE,” he said.

With CIPM in the bag, he wrote the Global Professional in Human Resources (GPHR) exam because he wanted a global perspective of how HR was practised. He also took courses on Udemy and refresher courses from Segun Akinode.

Although Faith doesn’t fancy mentorship, he believes one can not displace the importance of people as one builds a career. He looks up to the likes of Yemi Faseun, Taiwo Dayo- Abatan, Ijeoma Nkwonta, and Samuel Akinlotan. He even went the extra mile with some of the books he read. For instance, he reminisced on how he read My HR story book by Lara Yeku, which documented the experiences of 55 HR professionals. And of these 55 professionals, he sent a request and message to 50 of them on Linkedin.

“I did a Linkedin premium and told these people I was looking to have a conversation with HR professionals. I sent a message to about ten people for four Saturdays. Some did not acknowledge it till several months later, and some did not. There was also a time in my life that I read HR articles for 90 days. You have to keep building yourself while waiting for that opportunity. You have to be ready when the opportunity comes. Keep investing, and the opportunity will come,” he advised.

His Job role at GE was helpful and widened his horizon, having worked with different departments and people on the continent. In October 2020, Faith moved to Cowry Wise. In his first 60 days, he piloted the biggest talent expansion, increasing Cowrywise’s talent strength by 81%. After 250 days at work, he recorded a retention rate of 94%, 13% more than the fin-tech industry average.

“It is exciting to be working as an HR manager at Cowrywise. We are building an amazing culture. We were ranked as the number one employer brand last year. We create an exciting environment for people to work efficiently. I am learning to manage my multiple stakeholders. We have one of the best retention rates in Nigeria as far as fintech is concerned,” he explained.

Faith has facilitated employability sessions with more than 50,00 undergraduates and recent graduates across different Universities and organizations from the six geo-political zones of Nigeria, and countries like Ghana and South Africa. He is also the initiator of Bookathon, a group with over 200 members committed to reading at least 5 books per month, aimed at enhancing their personal development.

For Faith, the God factor is constant, and this, he finds evident, in not having a conventional career progression. He further advised that a career is a marathon and not a sprint. Hence, there should be no haste. “Even in the HR space, there are landmines I have not explored,” he said. He urges people to “be open to learning. I learn from the least person in the room. Be a sponge and absorb knowledge as much as possible. You might be acquiring knowledge now that you will not need till years later,”