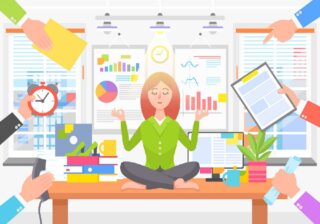 My pivot journal: This engineer went from constructing buildings to managing software products

Princess Akari is a protean subject, a trait that has made her career path an unusual one. Unlike most of her peers, who need much time to become proficient in one job, Akari has switched between several unrelated roles in a few years, maintaining a healthy track record of proficiency. “I don’t like to limit myself,” Akari said. “I can do a lot of things. When I find new interests, I explore them.” Less than a year after she caught the tech bug, she became a Product Manager at Brass, a leading Nigerian fintech. How did she do it?

Princess Akari wanted to become a civil engineer and set out to become one. But after gaining her Bachelor’s degree in Civil Engineering from the University of Port Harcourt, she didn’t spend as much time constructing structures as she did behind tables. She started as an administrative assistant before practising structural engineering. She then pivoted to Corporate strategy for an oil and gas firm and eventually became a project manager in the same firm. Her explorative career did not stop there, as she also dabbled into volunteering and community building projects along the way before catching the tech bug.

Akari was aware of the tech frenzy taking over Nigeria’s young population. But she was unmoved by it. “My state of mind was very neutral towards tech,” she says. “I was very content working as a corporate strategist and project manager. I had no plans of moving. I thought I would move higher to managerial positions in the same firm, doing the same thing I was doing.”

However, her friend, who saw that she was good at project management, persuaded her to go into product management. “My friend kept at it for several months. If he weren’t so persuasive, I probably would never have tried. He laid out reasons I was a right fit for this career path and showed me my growth prospects,” she says. It soon became clear to Akari that she could start a new career in tech. Consequently, she decided to pivot.

Akari’s first challenge was deciding when to start her tech journey. She was still devoted to the tasks her job gave her. “The project at hand was still very young, and I had to make sure we finished it before leaving. Then covid lockdowns started, and we didn’t need to go to the office anymore.” The time was right for her to begin her transition.

She then started her journey into product management by taking LinkedIn courses. Surprisingly, it took her only three weeks after she started taking courses to land her first job as a freelance product manager. Akari credits the same friend for this. However, landing a job quickly also meant she had to learn fast on the job.

“I was still taking courses while on my first job. It was challenging for me because there was a lot I needed to learn in a short time. Fortunately, every other person on the team was a senior person, so they helped me grow. Most times, when I got tasks, I would have to go and learn about them first before executing. So when I had one week to deliver some tasks, I might have spent two or three days learning about them, meaning I now had less time at hand. The first job was mostly about learning for me. But I learnt fast, and the experience was rewarding,” she explains.

Akari continued as a freelancer for one year, building products and relationships. In 2021, she landed her first full-time role as Associate Product Manager at Brass. But because she had gained a lot of experience during her days as a freelancer, it took only three months for her to get promoted to the Product Manager position.

Akari believes pivoting to tech was a more rewarding option for her. Aside from earning more than she did at her previous job, she sees more growth potential in her new career. But those are just the obvious benefits. Akari relishes the feeling of seeing people use the products she helped build. “As civil engineers, we can build a house and never know the people who eventually lived in it,” she says. “But now, I get to see people use the products I helped build. I see them receiving the value we intended for them to get. Work feels much more valuable this way.”

Akari’s networking skills have also morphed into community building. She founded PeopleInProduct Community to help product managers connect with and learn from each other. She acknowledges that product managers don’t all have the same challenges. “There are no hard and fast rules to being a product manager,” she says. “I can’t specifically tell you what your challenges would be if you became a product manager today. The company you work with will determine your challenges. We will all have different experiences. But what cuts across every one of us is communication and managing stakeholders. Sometimes you might even be required to be the company’s project manager.”

“Networking is my superpower. I love to make new friends and strengthen my friendships. And it was through people I landed my first three jobs. Network with people. While you must learn skills on your own, it’s not enough. People will help speed up your career progression. People can even speed up your learning process. There is always someone somewhere that needs the skills you have. Relationships will bring you closer to opportunities. I always let people know me by my profession, and I keep a good track record of proficiency while maintaining relationships,” Akari says.