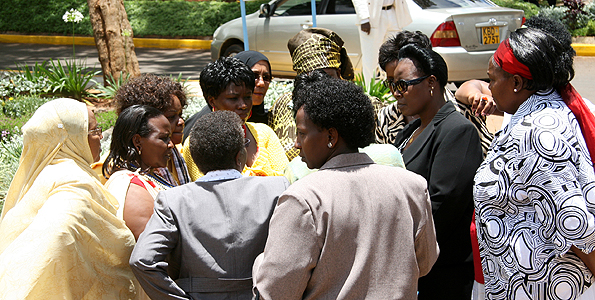 My Pick For Mothers Day: Five Outstanding Women To Do Business With In Kenya

Today, May 13th, is Mothers day. It is a special day set aside to celebrate motherhood and the impact of mothers in every society. The milestones that today’s African woman has achieved- be it in education, careers, legal rights and access to basic services are all courtesy of the efforts and sacrifices made by our mothers.

As a pointer to celebrate mothers and achievers in East Africa, I am profiling (albeit brief) five Kenyan women who are role models and leaders in different sectors. These are women who dared to dream and overcame challenges to make a lasting mark in history. And if you are looking to do business in Kenya, ensure these women are on your check list! 🙂

Many women in Kenya have been successful in business but Tabitha stands out for one thing- she dared to take on multinational beer and wine production. Karanja  founded Keroche Industries Limited, the first ever beer factory to be owned by a Kenyan, making foray into a sector even the rich and powerful only admired but wouldn’t dare venture into.  As she would later find out, hers would be a journey full of challenges. At one time some politicians called for a public boycott of her brands, her depots were raided by the administration police and her business temporarily closed down. Talk of a tale of David and Goliath. What apparently began as a three-roomed factory with five employees has today grown to a reputable and respected manufacturer. Though Keroche initially produced fortified brand of wine for 10 years, a controversial increase in excise tax on its wine in 2006 inspired Karanja to take on the market leader East Africa Breweries Limited by producing beer. She opened a Ksh.1 billion plant. Keroche produces Summit Lager and Summit Malt Brands.

“For the first time in 87 years, Kenyans have an alternative in the beer market,” said Karanja in a 2009 interview. You can read Karanja’s personal note here about her experiences: http://www.kerochebreweries.com/mdsnote.php

Kenya has several women professors and university Vice Chancellors. Prof Mugenda however was the first woman to be appointed Vice Chancellor (VC) of a public university. Following her appointment in 2006, Kenyatta University (KU) was recognized as the best performing state corporation in the 2006-07 performance contract evaluations and went on to receive ISO certification becoming the first public university to be certified. In her reign, Prof Mugenda who is always accused of being ‘tough’ and ‘high-handed’ has championed an expansion strategy at the university establishing new campuses and overseeing the construction of several multi-million state of the art facilities.

“Asunta, I’m sorry you have AIDS,” these are the words Asunta Wagura was told in 1988 in a day she has described as one of the worst in her life. She was told she had six months to live.

For nearly 24 years now, Wagura has been at the forefront in fighting the stigma people living with HIV/AIDS are exposed to.  She is the founder and executive director of the Kenya Network of Women with AIDS (KENWA), an NGO that supports nearly 7,000 women and 1,700 orphans and vulnerable children in slums.

Wagura went public about her HIV status and has been recounting her experiences in a journal published in Kenya’s leading newspaper, The Daily Nation every Wednesday.  Wagura is a face of hope to the hopeless, a living testimony that those infected and affected by HIV can live, marry, have children, pursue their dreams and make their contribution to society.

She is a lawyer by professional and begun serving as Magistrate at the age of 24.  Martha has been a member of parliament for 20 year now and previously served as a cabinet minister. Martha has declared her bid to run for president of Kenya in 2012. Nicknamed the ‘Iron Lady’ for her courage, Karua lobbied for the reintroduction of multi-party democracy in Kenya in 1990s and was one of President Mwai Kibaki’s key ‘men’ before she resigned from cabinet in 2009.  She has also been involved in advancing women’s rights through organizations such as the Federation of Women Lawyers (FIDA-Kenya) and the League of Kenyan Women Voters.

Martha is not one to shy away from ruffling feathers of the high and mighty especially the men. She once told a newspaper reporter:

“There are those who are not able to handle the me that I am, because if you are a person who challenges the status quo, a woman out there competing, refusing to be intimidated, there are people who cannot handle that, so instead of just letting me be, they will give me all the names, arrogant; iron lady; what if I was a man?”

World champion Vivian Cheruiyot will sure be one of Kenya’s women athletes to watch in the London Olympics later this year. In 2011 she won gold medals of both 5,000 and 10,000 meters at the World Championships in Daegu.

Early this year, Cheruiyot won the prestigious Laureus Award for the best Sportswoman of the Year alongside Serbian tennis player Novak Djokovic who walked away with the Sportsman of the Year Award. Cheruiyot is a role model to young women athletes.