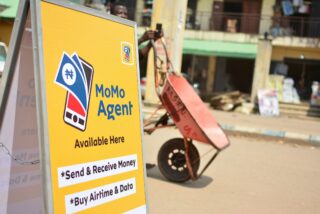 MTN’s PSB license: Game on or game over for Nigerian digital banking?

Consequently, through its fintech arm, MoMo, MTN Nigeria can now provide virtually all the services offered by conventional commercial banks except for granting credit and processing foreign exchange transactions.

What’s interesting is that PSBs are not new in Nigeria. At least three PSBs were operational until the first week of November 2021, including 9PSB (owned by rival wireless operator Etisalat) and Globacom’s Moneymaster. However, none of them has made any notable strides in Nigeria. Meanwhile, there is a lot of excitement around MTN’s announcement. Many expect it to be a gamechanger for fintech and even banking in Nigeria. What’s different this time? To get a good picture, we’ll need to start by understanding how PSBs work.

When we analysed Nigeria’s financial inclusion problem, we showed it’s expensive to set up a conventional commercial bank branch. Consequently, banks have to transfer the costs to their customers. In low-income/rural areas, these high costs can discourage customers.

To include these low-income earners in the fiscal system, the Central Bank allows Payment Service Banks, which operate on a smaller scale. People can make small withdrawals and deposits with a PSB. This way, rural households and businesses can access financial services at cheaper rates. PSBs can also issue debit cards. However, they cannot carry out more complex banking operations such as lending and foreign exchange transactions.

Nigeria leverages digital technology to drive its PSB model. It allows people to transact with their mobile phones without having bank accounts. That’s why it’s easy for telecom companies to jump on the train.

The framework for operating PSBs as approved by the central bank enables them to:

Mobile money is not a new concept in Africa. On the contrary, it’s very prominent. A report by Boston Consulting Group (BCG) found that Kenya and Ghana have the second and third highest mobile payment usage rates globally, after China. GSMA’s 2020 report also shows that Sub-Saharan Africa heavily relies on mobile money, with 548 million registered and 159 million active accounts across 157 providers.

Even though there is a lot of competition for mobile money, MTN is already sweeping off competitors in several countries. For instance, estimates show that in 2020, Ghana’s total volume of mobile money transactions was over $99 billion (GH¢561 billion), far surpassing check and cash transactions which stood at $29 billion. Meanwhile, MTN controls about 85 per cent of the mobile money market in Ghana. Last year, it made GH¢ 1.26 billion (N84.97 billion) in the first nine months. Then last month, MoMo overtook Safaricom’s MPesa as the largest mobile money service in Africa.

The Nigerian market for MoMo is larger than anywhere else. There are two reasons: the first is that Nigeria has the largest pool of unbanked adults in Africa. The second is that MTN is the nation’s most popular telecom service provider. MTN Nigeria, which provides one-third of the MTN Group’s sales, saw revenue climb to a record N1.7 trillion ($3.4 billion) last year, while profit surged 45.5 per cent to N298.9 billion ($598 million). Consequently, MTN paid 13.5% of the nation’s total tax last year. So it’s impossible to overlook the potential effects this new move will have on the banking system.

Apart from the ease and cheapness of opening and operating bank accounts, MoMo offers incentives that spread their appeal beyond rural communities. For instance, in Ghana, MTN gave as much as a 7 per cent interest rate on savings, higher than the average 4 per cent offered by banks. That’s just one of several incentives that MTN now has room to offer to Nigerians.

However, we can’t talk in absolutes. While there is a lot of potential for MTN’s MoMo to disrupt retail banking, failure is not impossible. Even though MoMo has seen tremendous success in other countries, we can’t overlook how markets react differently from each other. For instance, Safaricom has a dominant presence in nine East African countries. Yet, they met a brick wall when they tried spreading into India.

It’s important to note that Nigeria has one of the best banking infrastructures in Africa — much more sophisticated than Ghana and Kenya. Also, Nigerian banks control 94 per cent of the banking industry by assets, and the country has the world’s most locally controlled banking sector after Israel. So MoMo may not have the same smooth sail it enjoyed in other countries.

More so, Nigeria’s regulatory environment is still volatile. After Nigeria’s government ordered that all SIMs be linked to a National Identification Number (NIN) or be shut down, about 72.7 million lines became inactive.

Nevertheless, MoMo’s new entry into the Nigerian market is good news. Whether or not it becomes the silver bullet that kills the goose laying the golden egg, it will stir a new brand of competition. And when competition is heavy, the consumers win more. For now, we’ll just buckle up and enjoy the ride.