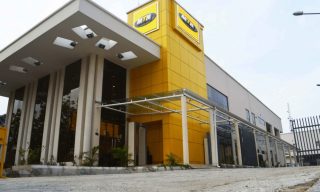 According to the quarterly telecommunications market report released by the National Bureau of Statistics (NBS), MTN Nigeria still has a grip on the country’s telco market despite all its woes in Africa’s most populous nation.

The new data released by NBS revealed that MTN is still the most patronized telecom operator in Nigeria. The report which is the second quarter analysis of Nigeria’s telecommunication market and titled ‘Telecoms Data: Active Voice and Internet per State, Porting and Tariff Information (Q2 2018)’ was released on the national statistical agency website.

The data also showed that MTN Nigeria remained the market giant recording 66,453,318 active voice subscribers while the closest competitor GLOBACOM and Airtel had 39,885,471, 39,730,320 active voice subscribers in the company respectively. The break down of the quarterly report also showed that MTN had the highest number of active internet users in the country with over 39,191,085 active internet subscribers followed by GLOBACOM and Airtel.

Unsurprisingly, Nigeria’s commercial hub, Lagos topped other states in the number of active voice and internet users in the country. Lagos which has the highest number of business conglomerates and International firms have continued to witness a meteoric rise in her population as more people continue to seek for job opportunities in the state.

MTN, which is on the ‘BB+’ Issuer Default Rating (IDR) is currently embroiled in allegations of tax violations and illegal repatriation of money from Nigeria. The Central Bank of Nigeria fined MTN $8.1 billion for illegal remittance of foreign exchange from its Nigerian office to its South African headquarters through four Nigerian banks; Standard Chartered Bank, Stanbic IBTC Limited, Diamond Bank, and Citibank.

Nigeria’s Attorney General Malami also alleged that MTN Nigeria did not pay taxes on foreign payments and on imports worth $2.0 billion. The AGF ordered the company to pay those taxes within 14 days. MTN has, in turn, sued the Central Bank of Nigeria and the office of the AGF and is seeking an injunction against both bodies to stop them from reclaiming the fines.