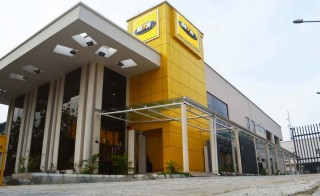 Senator Dino Melaye, representing Kogi West senatorial district, accused telecommunication giant, MTN, of laundering over $12 billion out of Nigeria between 2006 and 2016 in collaboration with four commercial banks. Having been granted the privilege of moving the motion during the senate plenary of Tuesday 27th September, the senator stated that he will provide concrete evidence and commented that all hands must be on deck to recover looted funds from country especially as the country is plagued with economic challenges.

This is not the first time that MTN and the Nigerian government have clashed. Earlier this year the telecoms giant settled to pay a reduced fine of $1.7 billion, down from the initial $5.2 billion fine imposed by the government. The punitive fine was imposed because of the company’s failure to disconnect subscribers who were not properly registered on its network despite numerous warnings from the NCC.

Last year MTN was accused of a similar offence in an investigative report by the Premium Times. They questioned MTN’s payments to two overseas companies – MTN Dubai and MTN International in Mauritius – both located in tax havens. They discovered that there was a N11.398 billion transfer from MTN Nigeria to MTN Dubai. A similar transfer of N11.789 Billion was made by MTN Ghana to the same destination (MTN Dubai) – a total of N23.187 billion was shipped to the Dubai offshore account.

In 2013, MTN itself admitted to making unauthorized payments of N37.6 Billion to MTN Dubai between 2010 and 2013. MTN confirmed that fees are “on-paid” (transferred) to MTN Mauritius, a company found to have zero number of staff and no physical presence in the capital, Port Louis, other than a post office letter box. The transfer of funds subsidiaries in tax havens under the guise of operating payments is a common tactic employed by some multinationals to move their profits offshore, leaving behind a shrinking tax base in their host countries and inexorable cuts to public services. If the multinational is found guilty of the allegations brought forward by the senator, MTN may be facing a tax fine exponentially greater than the $1.7 billion fine levied by the Nigerian government earlier this year.

President Muhammadu Buhari, elected last year largely on his vow to fight corruption, said public coffers were “virtually empty”, and vowed to recover “mind-boggling” sums of money stolen from the public purse. His efforts have only intensified as the country continues to experience its worst economic crisis in decades and the administration seeks more funds to implement its 2016 budget. As the economy suffers from falling oil prices, President Buhari’s administration has made a point of recovering money illegally siphoned from the state in the past. MTN may yet become the latest casualty. The presidency has thus far successfully recovered significant sums of money.

According to the Information and Culture Minister, Lai Mohammed, Nigeria’s government recovered $9.1 billion in stolen money and assets, in June as part of its corruption crackdown. Alongside cash recoveries, the crackdown resulted in the recovery of assets like farmlands, plots of land, uncompleted buildings, completed buildings, vehicles and maritime vessels, the ministry said. Find a more detailed list of the recoveries here.

The Swiss government confirmed in March that it had so far returned $723 million (about N142.43 billion) of stolen funds seized from the family of the late former head of state, Sani Abacha, to the Nigerian government over the last 10 years. The Swiss say they plan to repatriate Abacha’s remaining $321million (about N63.24 billion) loot, but on the controversial condition that the World Bank supervises the spending of the returned assets.

Given the determination and urgency showed thus far by the federal government in recovering laundered loot, further investigation is expected to be swift and MTN’s fate may be known sooner rather than later.