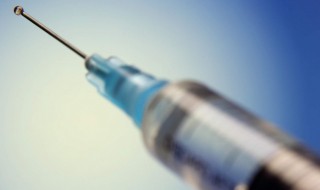 mRNA deals will not solve Africa’s vaccine shortfall, but the second generation of vaccines may

With just 5.8 doses of vaccine administered for every 100 people, the global Covid-19 vaccination drive has failed Africa. Faced with the stark inequality of vaccine distribution, South African vaccine manufacturers are now moving towards domestic production of the mRNA vaccines monopolized by American and European governments, even as Big Pharma sends mixed signals over how much control they’re willing to relinquish to the African pharmaceutical companies taking up their technologies.

Of course, even if mRNA vaccines were plentiful, many at-risk individuals across sub-Saharan Africa still would not be able to access them. The logistical difficulties inherent in arranging multiple doses for nomadic or remote populations, alongside infrastructural shortcomings and widespread vaccine hesitancy, mean mRNA vaccines like Pfizer and Moderna simply aren’t suitable for many of the continent’s 1.3 billion people. Other options, like AstraZeneca, have faced interminable supply issues and reams of largely undeserved bad press.

While new partnerships with companies like Johnson & Johnson and its single-shot vaccine hold promise, African vaccination campaigns will ultimately need a second generation of Covid jabs to fully inoculate their populations. Fortunately, some highly promising candidates are already in the pipeline.

Producing instead of importing

With wealthier countries guilty of stockpiling vaccines for their use and supply bottlenecks preventing rollout programs like Covax from meeting their targets, many developing nations have been left behind. Nowhere is this more noticeable than Africa, whose inoculation numbers are a far cry from the 91/100 and 88/100 people recorded in Europe and North America, respectively. With just one per cent of the African continent population fully vaccinated and experts predicting a majority of people in low- and middle-income countries (LMICs) won’t receive a vaccine until 2023, African leaders are understandably exasperated.

That has prompted calls – led by the World Trade Organization Director-General Ngozi Okonjo-Iweala – for African countries to pursue self-sufficiency by manufacturing their vaccines, rather than relying on imports from overseas. To that end, the World Health Organization is planning to launch an mRNA technology-transfer hub in South Africa to allow local companies to produce these sought-after vaccines on African soil.

Global mRNA giants are less keen. Although Pfizer and BioNTech have signed a separate, so-called “fill and finish” agreement for their products to be manufactured in Africa, they are reluctant to part with the intellectual property that would allow local counterparts to produce the vaccines from scratch.

Is mRNA a bad fit for Africa?

Even if the likes of Pfizer and BioNTech were inclined to cooperate, locally produced mRNA vaccines would still be difficult to distribute in many parts of the continent. As Nigerian health minister Osagie Ehanire points out, the nomadic lifestyles of many of his country’s citizens, alongside the bureaucratic challenges in organizing multiple jabs, make two-step vaccination a tricky feat to manage. Unrest and upheaval caused by insurgent groups such as Boko Haram exacerbate those obstacles even further. According to one recent study, any type of armed conflict occurring within a 10km radius of a child decreases their chances of accessing a vaccine by 47 per cent.

Even in the absence of instability, the cold chain storage and distribution logistics required by vaccines like Moderna and Pfizer rule them out of being a viable solution to the African continent’s vaccination shortfall. The AstraZeneca vaccine was supposed to overcome those concerns with its affordable price tag and easier storage needs, but repeated failures to meet delivery deadlines have damaged a reputation already impacted by misinformation and scaremongering over its effectiveness and side effects. African health systems have received far fewer AstraZeneca doses than promised, while some prospective recipients watched the outcry over the vaccine in Europe and felt they were being treated like guinea pigs.

The African Union and national governments like Nigeria are now pivoting to Johnson & Johnson’s one-shot vaccine instead, with 30 million doses due to arrive in Nigeria this month.

Second-generation vaccines could hold the key

Fortunately, countries like Nigeria could soon have better options available to them as the second generation of Covid vaccines comes online. As is generally the case with vaccine development, the second iterations of vaccine candidates are set to offer important advantages over the first. Biotech companies are actively working to make their new offerings cheaper and easier to manufacture, store, and distribute, all while offering protection against a greater number of virus variants.

One especially promising option for overcoming sub-Saharan Africa’s logistical constraints is currently being trialled by Massachusetts-based firm Akston Biosciences, whose shelf-stable vaccine candidate entered Phase I/II trials in the Netherlands earlier this year. Akston’s AKS-452 vaccine has already shown positive results in initial analyses, producing a robust antibody response to strains of Covid such as the alpha and gamma variants.

According to the company, the simplicity of the manufacturing techniques involved in producing the AKS-452 vaccine also means a single, 2,000-litre production line could generate more than one billion doses per annum. That scalability, alongside with the vaccine’s high level of stability – remaining serviceable for four months when stored at room temperatures at 25°C, and for one month even at temperatures of 37°C – would be invaluable for nationwide inoculation campaigns in countries where infrastructural challenges and under-resourced public health services make vaccine distribution a slow-moving affair.

While African governments should not have to depend upon the goodwill and the whims of countries and companies in Europe and North America, the current plans for a South African tech transfer hub are unlikely to produce viable vaccines any sooner than the middle of next year. Given that a spike in infections across West Africa has prompted a surge in hospitalizations and vaccine demand, the continent needs more immediate solutions. Fortunately, the availability of alternatives that are easier to store, distribute, and administer could make a far more decisive difference in Africa’s battle against Covid-19 than mRNA vaccines manufactured on the continent – and far sooner.