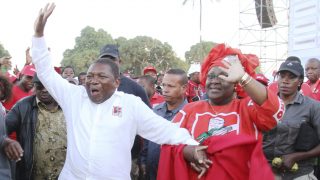 State prosecutors in Mozambique have filed an appeal in a court against 3 government-owned companies responsible for a debt scandal that has created a currency collapse and sovereign debt default in the economy. By a sovereign default, it means that the country has failed or refused to pay back its debt in full.

Mozambique’s debt scandal started in 2013 when the government began raising $2 billion for projects around tuna fishing and maritime security. According to a report, the borrowed sum equals about one-third of the national budget. The country, however, violated debt commitments made to the IMF that same year.

The government used ProIndicus, Ematum and Mozambique Asset Management to secure these loans from international banks like VTB Group of Russia and Credit Suisse based in Switzerland to finance the project.

According to the office of Mozambique’s Attorney General, the 3 state-owned firms have been insolvent and had suspended activities for the past 3 years, a situation that made the legal office file for a total shut down of the firms last month.

The debt scandal made donors like the International Monetary Fund (IMF) to severe financial support for the country in 2016. However, the IMF gave conditions for restoring ties with the country, making Mozambique contract the US firm, Kroll, to conduct an independent audit of the $2 billion debt.

The report of the audit was released in June 2017. Some of its findings included the fact that $500 million remains unaccounted for. A different independent expert stated that vehicles supplied by Privinvest, for which it invoiced $1.2 billion, were worth just $505 million.

Till date, crucial details about the $2 billion loans have not been accounted for. This has led to soaring inflation, economic stagnation and default in the repayment of  Eurobonds. Hundreds of millions of dollars went missing from the project and the supposed benefits never materialized. The extent to which the elite have perpetuated the acts of corruption and shameless embezzlement has left the country sinking in poverty.  52 percent of its citizens still live below the poverty threshold despite its economic potentials.

Key industries in the country include aluminium, coal, petroleum products, chemicals (for fertilizers, soap, paints), cement, asbestos, glass, textiles, tobacco, food processing and beverages. The country also has one of the largest deposit of Liquefied Natural Gas (LNG), with a 12.88 MTPA capacity. With investors like the African Development Bank (AFDB) and other donors funding the building of its integrated LNG plant, Mozambique aims to become the world’s largest exporter of LNG.