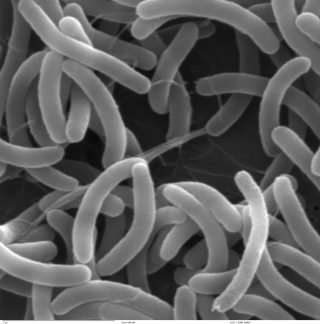 The Mozambican health authorities have confirmed another new cholera outbreak, a disease that has affected three districts in the northern province of Cabo Delgado – namely Macomia, Mocimba da Praia and Ibo.

According to a report issued by the Maputo daily Noticias, there have been 20 confirmed deaths caused by cholera so far, while 12 of which took place in health units.

Cholera is spread through human waste in the water supply. The floodwater itself is not the primary risk. Instead, the risk comes because the existing drinking water supplies having been damaged by the flooding. Mozambique is one of the sub–Saharan African countries that have experienced endemic and epidemic cholera for decades.

“The outbreak began on islands off the Cabo Delgado coast, where many people have taken refuge in unsanitary conditions, fleeing from the murderous attacks by Islamist insurgents on the mainland,” said the provincial director of health, Anastacia Lidimba. The situation was particularly critical on Matemo and Congo islands, in Ibo and Mocimboa da Praia districts respectively.

In tackling the outbreak, Lidimba said that cholera treatment centers have been established in the affected districts, which so far have received teams of health professionals and other necessary medicines to cope with the disease.

When the outbreak surged in late January, health officials initially believed patients were only suffering from acute diarrhea. But laboratory analysis showed the presence of the micro-organism responsible for cholera. At the start of the outbreak, an average of eight patients a day were visiting the health unit.

“Right now we have nobody undergoing treatment in Ibo, five patients in Macomia and ten patients in Macimboa da Praia,” Lidimba said. However, 273 cases have so far been diagnosed with Ibo being the worst affected district with 13 known cholera deaths.

In a bid to tackle the emergent disease, the Ministry of Health in Mozambique with support from the World Health Organization (WHO) and other health partners on 17 June 2019 launched cholera vaccination, targeting over 285,000 people to receive oral cholera vaccine. The campaign targets priority districts across Cabo Delgado province. Districts include Pemba and Mecufi and the localities of Metuge-Sede and Nacuta also benefited from the vaccination.

In addition to vaccination, continued surveillance and response are key to reducing future cases and protecting an already vulnerable population, experts have said.