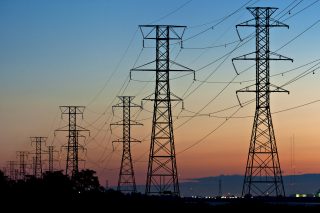 According to results of the 2017 national survey on pre-paid meter ownership in Nigeria published by Nigeria’s leading opinion polling and research organization, NOI Polls, majority population of electricity consumers in Nigeria pay estimated bills for power consumption. Details in the report revealed that up to 50 percent of Nigerians are still left out of the pre-paid metering system as at the time the survey was conducted. Usage of the pre-paid meter is the most effective way to distribute electricity, however, its limited circulation to the public leaves many consumers at the mercy of huge bills that do not rightly account for electricity consumed.

What is the government doing?

Nigeria’s electricity industry has seen several reforms to improve operations and lifestyle of consumers. For the distribution of pre-paid meters, the Nigerian Electricity Regulatory Commission (NERC) has been working to ensure that consumers’ interest is protected. Furthermore, the lower chamber of the National Assembly also commenced a process to criminalise the issuance of estimated bills to consumers by electricity Distribution Companies (DisCos).

The passage of the Bill, which scaled third reading on the floor of the Green Chamber, would ensure that electricity consumers must be provided with a prepaid meter, hence putting an end to the estimated billing system and the system of paying for electricity not consumed. In the bigger picture, the problem of the estimated bill is tied to the availability of pre-paid meters to electricity users in the country. More pre-paid meter owners mean that more people will be free from the hook of overbilling by electricity distribution companies.