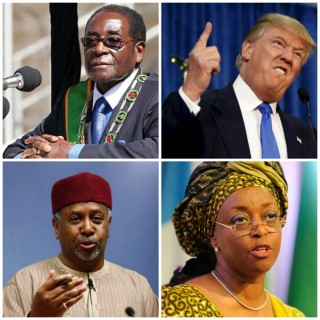 These are the most controversial politicians of 2015

2015 has being quite the year for politicians in Africa, and around the world. From election campaigns, making controversial statements, to poor policy implementation, and major scandals, some politicians have made the year eventful to say the least. Their decisions or lack thereof have resulted in historic protests, political movements, social media hashtags, and hilarious memes. In no particular order, Ventures Africa explores some of the most controversial politicians of the year.

“Donald J. Trump is the very definition of the American success story, continually setting the standards of excellence while expanding his interests in real estate, sports and entertainment,” reads a description on Trump’s official campaign site. They forgot to add politics. Ever since the 69 year old billionaire joined the US presidential race in June 2016, he has become the media’s favorite topic-du-jour. But prior to becoming a presidential candidate, Trump had always been in the spotlight for a number of reasons: his wealth, hair,  Miss Universe (he was the former owner) , The Apprentice (he is the executive producer), and his continuous criticism of President Obama.

However, since the billionaire started his political journey this year, he’s made a series of controversial statements, ranging from his derogatory remarks regarding Mexicans, and Kenyans, his sexist comments about women, to contemptuous remarks on Muslim. Donald Trump is the king of political controversy. Apparently, he rides on the wave of these controversies as he continues to lead in the polls, “Every time somebody says I made a mistake, they do the polls and my numbers go up. So I guess I haven’t made a mistake.” 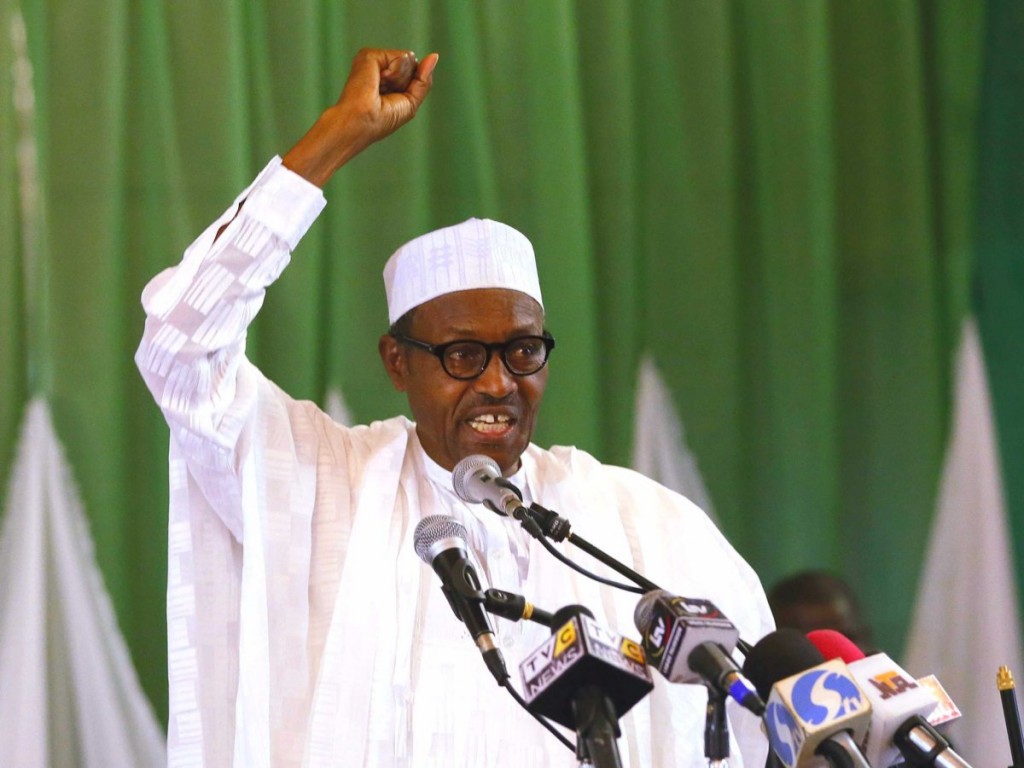 President Buhari is Nigeria’s fourth president in its fourth republic. The 73 year old was a two time presidential candidate in 2003 and 2007 before his remarkable success at the polls early this year. However, this is not his first time in power, the Katsina native was a military Head of State in the 80’s over a brief period of 20 months before being ousted by a military coup.

During the 2015 presidential race, Buhari’s campaign focused on corruption, and the “Change” mantra which unfortunately has not yielded much fruit. Once he ascended power on the 29th of May, Nigerians looked forward to some drastic changes, but instead they were met with months of name calling, blame games, and probes, which left them utterly disappointed. In the midst of a failing economy, it took President Buhari five long months to create a cabinet, this earned him the nickname, Baba GoSlow or Baba SlowSlow.

His multiple trips abroad within a space of six months has also earned him the title of “Minister of Tourism”, not to mention the ongoing oil crisis, which is directly under his jurisdiction to fix as the Minister of Petroleum.

Recently, Buhari has been implicated in an arms deal scandal involving the country’s former National Security Adviser, Sambo Dasuki, resulting in the gaffe – Buharigate. As the leading man of Africa’s largest economy, which unfortunately is home to one of the deadliest terrorist groups in the world, President Muhammadu Buhari will remain a popular object of criticism within and outside Nigeria.

Before her arrest in London on the 2nd of October 2015, Nigeria’s former petroleum minister and OPEC president, Diezani Alison-Madueke was no stranger to controversy. Seven years ago, the 55 year old was probed by the senate for 30.9 billion naira ($263 million) she said to have paid contractors as a transport minister. Other allegations include the alleged transfer of 1.2 billion naira into the account of a toll company without due process, reckless spending of government funds on extravagant lifestyle, and a missing $20 billion dollars, which she was later cleared for. Through all this, Alison-Madueke never admitted to any wrongdoing, and was never officially charged.

But her arrest two months ago was her undoing. The media had a field day churning out several stories relating to the incident, and “#Diezanigate” trended on social media for days. Following her arrest, her home in the nation’s capital was sealed off by the Economic and Financial Crimes Commission (EFCC). To top things off, photos of a sickly Madueke started circulating the media. And just a few days ago, the Prime Minister of Dominican Republic, Roosevelt Skerrit, suspended his country’s ties with Madueke.

President Jacob Zuma recently topped the list of worst executives of 2015, a title that is well deserved. In 2007, when he defeated Thabo Mbeki for the leadership of the African National Congress (ANC), it was seen as a sign of impending change for South Africa, albeit, a change for the worse.

So far, over seven years of his leadership as president, South Africa’s economy has taken a nose dive, and weeks ago, Zuma set the stage for the worse to come when he fired Nhlanhla Nene, a competent and highly regarded finance minister. His foolish decision cost the country gravely, resulting in R169bn off the market value of the JSE, a weakened bank index by 18.5 percent, and a 9.3 percent slash off the rand-dollar exchange rate. This was the last straw for South Africans.

Months ago, the #FeesMustFall protest by university students which garnered international media recognition showed the sorry state of the country’s educational system, but more than anything, it highlighted the frustration of South African youths.

South Africa’s municipal elections comes up next year, but apparently the citizens cannot wait that long to rid the country of a leader that has blown his credibility, hence the #ZumaMustFall protest/movement, including an online petition that has garnered over 200,000 votes. 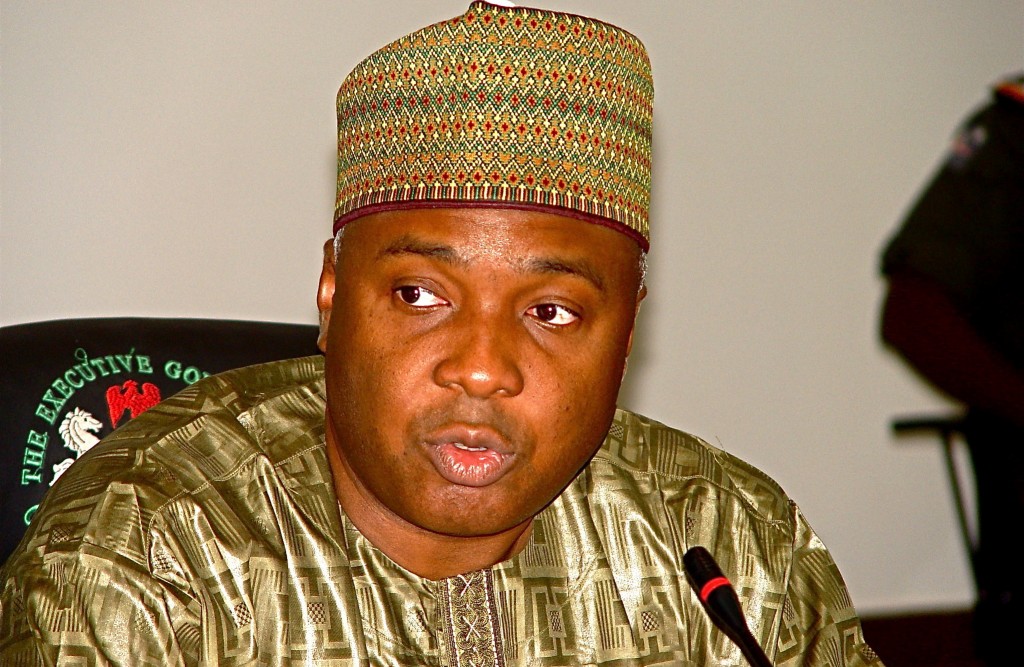 For close to three months, September to November 2015, the trial of Nigeria’s senate president Bukola Saraki was a hot topic in Nigeria. The former Kwara state governor was embroiled in legal battles after being slammed with a 13-count charge of corruption by Nigeria’s Code of Conduct Bureau. Saraki was accused of offences ranging from false declaration of assets, to converting government properties while in public office. When the charges were made, Saraki and his counsel Joseph Daodu (SAN) were also accused of attempting to frustrate judicial proceedings by employing several tactics to ensure the nullification of the trial.

His trial was met with a number of conspiracy theories, the most popular being the common witch-hunt theory which claims that the investigation on Saraki was an attack by influential members of his party, All Progressives Congress, who were unhappy with him. But the controversy surrounding the Saraki family started way before his trial, and transcends his career as a senate president. It started with the investigation of Saraki’s wife, Mrs Toyin Saraki by the EFCC for “questionable flow of income into her companies” during her time as the first lady of Kwara state between 2003 and 2011.

Things got amped when Saraki’s lawyers walked out of court during a proceeding on the 5th of November. However, exactly a week later on the 12th of November, the Supreme Court of Nigeria suspended the trial.

From placing priority on age long remains over a failing economy, and reading the wrong speech at the opening of parliament, to screaming “we are not gays” while addressing the United Nations general assembly, and being awarded the Confucius peace prize, Zimbabwean president Robert Mugabe has had quite a year.

Prior to his historic blunder, and his homo slur, Mugabe has always been a highly debatable political figure for his title as one of Africa’s longest serving leaders; the 91 year old has served as Prime Minister since 1980, and President since 1987. And though there are tell-tale signs of a weak and an unfit old man who needs rest, and a growing opposition to his stay in power, Mugabe shows no sign of backing down.  Just last month, Grace Mugabe voiced her intention of keeping her husband in power as long as he can still speak even if it means getting him a special wheel chair to move around. 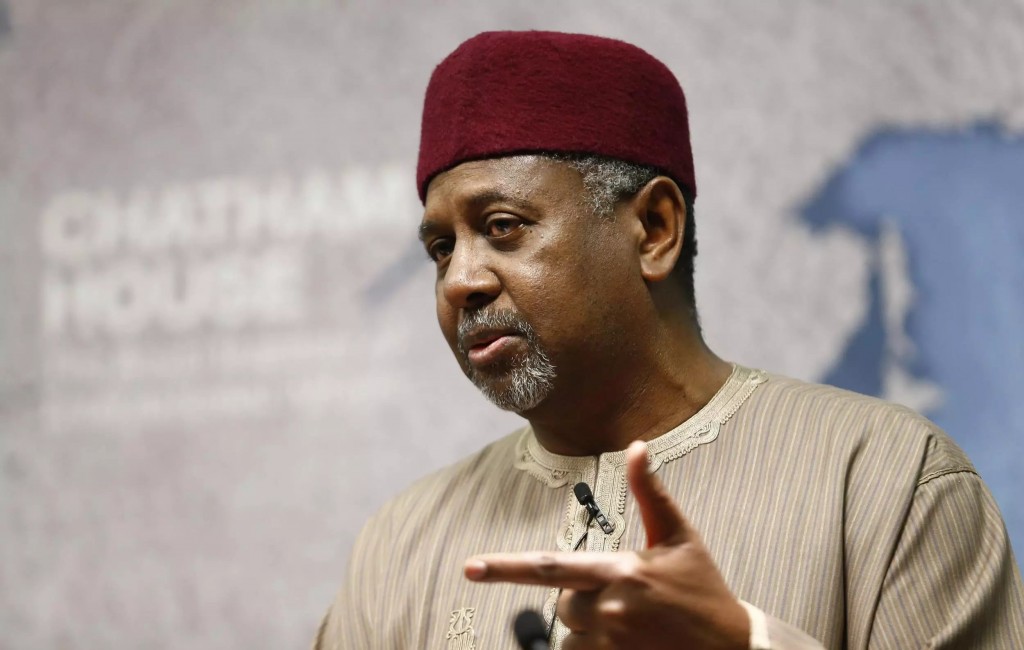 Former National Security Adviser, Colonel Sambo Dasuki, aka Dasukigate, is currently the reigning king of controversy in Nigeria’s political and media scene. Following the charges of corruption laid against him pertaining the $2.1 billion arms deal fraud which is currently being investigated by the EFCC, not a day goes by without new developments and reports around the scandal.

Dasukigate is especially interesting as it involves quite a number of high profile accomplices, and some of the most ridiculous expenditures like special prayers, personal luxuries, and spiritual interventions, coupled with the fact that the money in question was supposed to be used for the purchase of arms for the Nigerian military to aid their fight against terrorism.