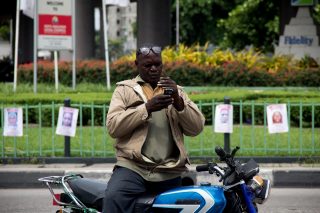 A 2017 World Bank Global Findex Database report on financial inclusion says that more than 60 million Nigerians are without bank accounts. The report, titled The Global Findex Database 2017: Measuring Financial Inclusion and the Fintech Revolution used data from a survey carried out in 144 countries, in collaboration with the Bill and Melinda Gates Foundation and Gallup Inc.

Globally, 1.7 billion adults are unbanked [don’t use formal banks or semi-formal microfinance institutions to save or borrow money] even though more than half that number could access digital financial services. There was an increase in financial inclusion between 2014 and 2017.

Financial inclusion, which aims to “make financial services accessible at affordable costs to all individuals and businesses, irrespective of net worth and size respectively”, is important for the development of any economy. It means that people who have better access to financial services through traditional, bank accounts and digital payments have greater control over their money, and their savings, securing business loans, insurance and are better prepared for financial emergencies.

Financial inclusion is also important to achieving some of the UN’s Sustainable Development Goals, such as eradicating poverty, improving gender equality, and creating jobs.

Also, it promotes gender equality; easy access to financial services for women translates to participation in the nation-building process and economic growth of any country.

“When the government deposits social welfare payments or other subsidies directly into women’s digital bank accounts, the impact is amazing. Women gain decision-making power in their homes, and with more financial tools at their disposal, they invest in their families’ prosperity and help drive broad economic growth.” Melinda Gates, Co-Chair of the Bill & Melinda Gates Foundation, said.

In the developing economies, a large gender gap in financial inclusion is contributing to slow economic growth, as it implies that less women are participating in the national economic growth. People who don’t have access to inclusive financing either do not have enough money to own an account, or family members already have an account for them (mostly male family figures).

40 percent more men own accounts than women in Nigeria, meaning there’s been no clear change in financial inclusion in Nigeria since the last Findex report was released in 2014. Other developing economies like Togo, Peru, Lebanon, Jordan, Algeria, Burkina Faso also have wide gender gaps in financial inclusion. Other developing economies [India, Bolivia] have moved in the opposite direction as gender gaps have been steadily closing since 2014.

Nigeria was declared the world poverty capital last year, with almost half of its population living in extreme poverty. 82 million (42 percent) Nigerians are living below $1.90 per day, implying that 42 percent of Nigerians probably don’t own an account, or have inactive ones. A recent Bio-metric Verification Number exercise in 2015 in Nigeria, which resulted in the many bank accounts going inactive, also contributed to Nigeria’s 67 million unbanked population.

I However, the increasing adoption of mobile banking by Nigerian commercial banks, proliferation of digital payment solutions and targeted campaigns towards low-income Nigerians means that the next financial inclusion report will be favorable to Nigeria.