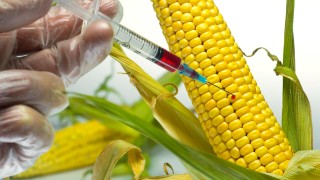 Monsanto introduces GMO’s into Nigeria as Burkina Faso phases out GMO cotton: Should we be concerned?

Monsanto Agriculture Limited, a multinational agrochemical and biotechnology company, widely credited with the inception of Genetically Modified Organisms (GMO), was officially granted permission to introduce genetically modified cotton and undergo a confined field trial of maize. The decision to adopt pest resistant GMO seeds was taken in an effort to improve crop yields and decrease the use of pesticides that can pose a health risk. The use of these crops have been met with success elsewhere, including Burkina Faso where many farmers adopted the technology upon its introduction in 2003. In 2014, Burkina Faso had the largest number of total GM crop producers on the African continent. Studies show that despite the substantial cost of the Bt cotton (Bt refers to a toxin that kills one of the world’s most common and pernicious cotton pests, the bollworm), local framers in Burkina Faso saw their yields and profits rise. The average Bt cotton farming family gained 50 percent more profit than from conventional cotton however, despite this, the Burkinabé government announced their plans earlier this year to completely phase out Bt cotton by 2018.

However,the introduction of Bt cotton wasn’t profitable for everyone. Although the profits of farmers who sell their cotton at a guaranteed price to the cotton companies rose, the cotton producers complain about a drop in the quality. Burkinabe cotton companies complained that the cotton produced shorter and inferior lint, adversely affecting the companies’ profits. The amount machines are able to extract from picked cotton has diminished and producers estimate their losses between 2011 and 2016 at around $82 million (74 million euros) and are demanding compensation from Monsanto. The shorter length indicates poorer quality and this has affected the price in the international markets. The persisting problems with quality of Bt cotton, which comprises about 70 percent of cotton production in the country, prompted the eventual phasing out of the produce by the government. The continents largest cotton producer fears that its reputation has taken a huge blow.

Burkina Faso’s decision to abandon genetically modified cotton has, however, not affected the Nigeria’s decision to introduce GMOs. “We are totally shocked that it should come so soon after peer-reviewed studies have showed that the technology has failed dismally in Burkina Faso,” Nnimo Bassey, Director of the Health of Mother Earth Foundation, said in a statement. Several indigenous groups representing 5 million people, comprising of farmers associations, faith-based organisations, civil society groups and others have also expressed their disapproval at the decision. Still, the Nigerian government has taken this step as it looks to move closer to its goal of agricultural self-sufficiency. Nigeria is not alone in this decision; GMO trials are underway in Malawi, Kenya, Uganda, and Ghana in a quest for greater yield. The decision is not without sizeable merits but more caution has to be exercised than has been prior to its introduction. “The decision was taken on a Sunday when nobody was around. We are worried that Nigeria is adopting this technology without proper scrutiny,” said Mariann Bassey Orovwuje, from Friends of the Earth, Nigeria. As Monsanto currently awaits the decision from the EU concerning the revocation of its commercial license for glyphosate weed killer, which is alleged to contain carcinogen, its crops are to be welcomed with vigilance.