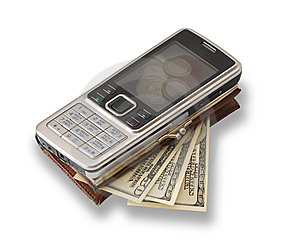 a Mauritius-based mobile payments company recently announced it has launched a mobile money service in the Republic of the Congo. MobiCash, a company that facilitates provision of both banking and payment services to people without access to traditional financial services, is in a joint venture with Warid Congo SA, a telecommunication operator in the Republic of Congo with 400,000 subscribers.

The service provided for a teeming number of unbanked people allows customers to make cashless transactions from any mobile phone, deposits, and withdrawals from strategic retail agents.

Warid MobiCash customers can now make secure cashless transactions. All phones can utilize the service Warid MobiCash provides no matter the network or phone model. This certainly whets the appetite of the consumer due to simplicity. With no cases of software complication and obligatory downloads restricting access, Warid MobiCash is easy to use and open to everyone.

MobiCash’s service employs some authentication features to combat fraud. These features include:

“So, “Make it happen” will not just remain as a simple slogan, but a true vision of our company striving to satisfy the users by always offering them exciting innovative services”,  The CEO added.

In accordance with regulatory standards and requirements (of the Economic and Monetary Community of Central Africa), the service will be available on all mobile networks in the Congo.

Mobile money is being implemented in many parts of Africa; Congo being the latest to catch the cashless contagion.

MobiCash has operations in eight countries in Africa