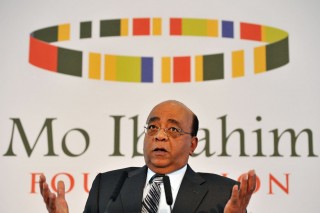 On Thursday, the Mo Ibrahim foundation announced that its prestigious Mo Ibrahim Prize for Outstanding African Leadership and Governance will have no winner for 2015. This makes it the fifth year this prize has gone unclaimed since its inception in 2006.

In a statement issued by the Chairman of the foundation, Mo Ibrahim, he agreed with this verdict. “When we launched the prize ten years ago, we deliberately set a very high bar.” The Sudanese-British mobile communications entrepreneur and billionaire founded the foundation with a clear objective: to encourage better governance in Africa based on the belief that governance lays at the heart of tangible and shared improvements in the equality of life of African citizens. However, this recent announcement means that a number of revered heads of states such as Emilio Guebuza (Mozambique) and Jakaya Kikwete of Tanzania, both widely credited with the sharp reduction of poverty in their respective states, and presiding over periods of notable economic success, have been overlooked for this year’s prize.

The Award has now been unclaimed more times than won

The lack of winners is likely as a result of the stringent eligibility conditions which dictate that the individual must be “a former African executive, Head of state or government, democratically elected, served his or her constitutionally mandated term, and must have left office in the last three years and demonstrated exceptional leadership.”

The criteria instantly rules out the aforementioned heads of states as they are both still serving their democratically elected terms. It also rules out other exemplary leaders and public servants who have not served as heads of state. A special committee consisting of Nobel laureates, former diplomats, business leaders and democracy activists are tasked with selecting the winner who receives $5 million over the course of 5 years in addition to $200,000 for the rest of his/her life. “The decision by the prize committee is a reflection of the exceptionally high bar set for potential winners rather than any disappointment with the overall quality of leadership on our continent.”

“The tough criteria were deliberately set to ensure only the most outstanding would be considered,” said Sophie Masipa, Head of Communications at the foundation.

The decision by this year’s committee chaired by Tanzanian Prime Minister, Salim Ahmed Salim, means that this prize has only be awarded 4 times since its inception. The last winner of the award is the former president of Namibia, Hifikepunye Pohamba. The special committee selected him for his role in forging national cohesion and reconciliation at a key stage of Namibia’s democracy consolidation and social and economic development. The former head of state frequently hailed for pushing for gender equality, was lauded by the committee for demonstrating wise and sound leadership while maintaining humility during his 10-year stint in office.

The prestigious prize is the only one of its kind on the African continent that presents such a lucrative compensation for public service in governance, with the aim to motivate present leaders to leave behind a formidable legacy.