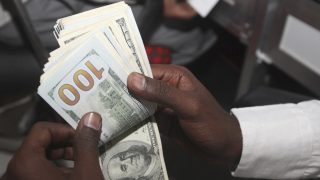 Migrant remittances to sub-Saharan Africa to fall by 23 percent

The World Bank expects sub-Saharan Africa to see a significant drop in migrant remittance inflows in 2020, much more than last year’s slight decline of 0.5 percent, due to the coronavirus pandemic. From $48 billion in 2019, remittance flows to the region are forecast to decline by 23.1 percent to reach $37 billion this year, while they are to recover by 4 percent in 2021, the bank said in a forecast Wednesday.

The expected decline is due to factors driven by the virus outbreak. Key economies where a large share of African migrants reside and are major sources of remittances sent to the region have been hit hard by the pandemic. Usually, remittances are counter-cyclical, where workers send more money in times of crisis and hardship back home. This time, however, the pandemic has affected all countries, creating additional uncertainties, the bank explained.

“The ongoing economic recession caused by COVID-19 is taking a severe toll on the ability to send money home and makes it all the more vital that we shorten the time to recovery for advanced economies,” said David Malpass, World Bank Group President.

Remittances to low and middle-income countries are projected to fall by 19.7 percent to $445 billion, representing a huge loss for may vulnerable households who rely on the funds for better living conditions. “Remittances are a vital source of income for developing countries,” Malpass said, adding that they “help families afford food, healthcare, and basic needs.”

The forecast bodes ill for governments in the region as well, most of which face the possibility of foreign currency scarcity later this year amid depleting foreign reserves, an outflow of foreign portfolio investment, and dwindling commodity prices.

The global economic shock from the ongoing pandemic has driven most commodity prices down and they are expected to remain substantially low all through the year, the World Bank said in its April Commodity Markets Outlook released Thursday. “This enormous shock to commodity markets and low oil prices could deliver a serious setback to developing economies and jeopardize the necessary investments in critical infrastructure that support long term growth and create quality jobs,” the bank’s Vice President for Infrastructure Makhtar Diop said.

Despite the decline, remittance flows are expected to become even more important as a source of external financing for LMICs with the fall in foreign direct investment expected to be larger at more than 35 percent. Remittance flows to LMICs became larger than FDI last year.

The bank estimates that remittances to LMICs will recover and rise by 5.6 percent to $470 billion next year. But the outlook for remittance “remains as uncertain as the impact of COVID-19 on the outlook for global growth and on the measures to restrain the spread of the disease,” it said.

Globally, remittances will decline sharply by about 20 percent due to the economic crisis induced by the COVID-19 pandemic and containment measures such as shutdowns, the World Bank said. The projected fall, which would be the sharpest decline in recent history, is largely due to a fall in the wages and employment of migrant workers, who tend to be more vulnerable to loss of employment and wages during an economic crisis in a host country.

Meanwhile, the World Bank said it was assisting member states in monitoring the flow of remittances through various channels, the costs and convenience of sending money, and regulations to protect financial integrity that affects remittance flows.