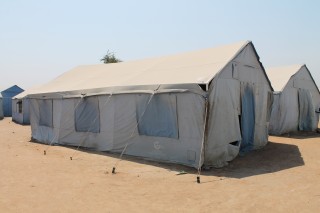 Things are looking up in Bidi Bidi, the largest settlement camp in the world

Tucked somewhere in the northern part of Uganda is a camp where a band of 2,000 South Sudanese women, men, and children troop to each day. Just 6 months old, this camp is known as the biggest settlement camp in the world, housing 270,000 or one-fifth of the over 1.3 million displaced people in South Sudan. This means that for the people fleeing war and pestilence, all roads lead to Bidi Bidi camp Uganda, just 40km away from the South Sudan-Uganda border. 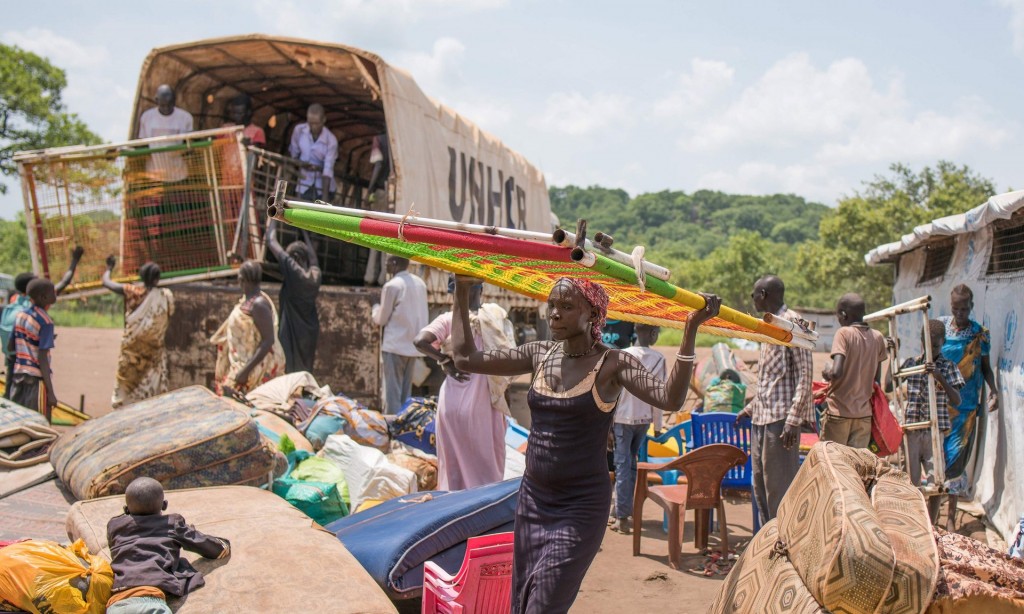 “I came to Uganda because of the violence in South Sudan. My next-door neighbours were dragged from their home by men. They kidnapped my next-door neighbour’s husband and took him very far away. They chopped him into pieces. Then they cut up his wife and threw the body in to a channel of water near our village. They also slit their child’s throat and cut his head in two and placed his body next to his mother’s in the water,” says Rose Roba, a 37-year-old refugee from South Sudan.

After this ordeal, Rose, who witnessed the seismic shake of humanity and the horrific reality of war while watching her neighbours dropping like flies each day and fear creeping in with each dusk that changed to dawn, decided to flee to Uganda, with her five children. Her journey to Uganda was tedious. After walking for days in the direction of Uganda, she saw UN personnel carrying people across the border and registering them. Rose’s story is similar to that of thousands who fled war to Uganda’s Bidi Bidi camp. They fled to have a shot at life for just another day, and in Uganda, they might just well accomplish that and stand a chance to rebuild from the scratch again.

“These innocent women and children who are fleeing now, they need a home. They need a life, a normal life because they are innocent. They are not politicians. They are just victims,” says Robert Baryamwesiga, the Bidi Bidi settlement commandant.

The elaborate camp, which is supposed to house just 40,000 and is now 20,000 well over its limit, hasn’t just come to be a camp or a place to pass the night for people fleeing war, but it has become a home for them, as it has given them the platform to work, sell, go to school. In the refugee camp, there is a displaced number of markets where refugees sell vegetables, packaged food, and clothing throughout the camp. These markets are accompanied by small shops to fix motorcycles and build furniture, schools, playgrounds and medical centres which were set up by aid groups to be in service to the camp residents. Since its inception, the camp has suffered from scarcity and has struggled with a brief stint of cholera, coupled with limited water supplies–which they faced just last week. But this doesn’t take away the spirit of the camp, whose ferocity might just be thanks to the laws of Uganda.

In Uganda, the Refugee policies are so flexible that the refugees are not just allowed to work, they are also allowed to travel and mix with the surrounding community. Coupled with this, families get a 30-metre by 30-metre plot of land to build a home, plus additional space for farming. This is an immeasurable gift given to people who might have lost it all and a way to welcome people who would normally feel alienated in foreign lands. Even though this land gift might certainly not have a future, with thousands of people trooping in every day, the mere fact that they are given the leverage to move outside of camp, get actual jobs is a dream for every refugee settlement and its residents. Bidi Bidi is not just a crisis centre, it is now transitioning into a community, where hope lives and more entrepreneurs are born. But there is more to be done. To turn the story of Bidi Bidi, into a full success story and a model of what refugee camps should aim to be in the long run, more help is needed. The shortage of water needs to be addressed, this will curb the outbreak of cholera, and generally make the lives of residents easier. Then they need more schools, libraries, and entrepreneurship training to birth more entrepreneurs, and to make people economically independent.

“We’ve spent most of the time looking at lifesaving activities – receiving people, giving them water giving them relief, food. That is now done. Then what? Can we sustain these lives that we’ve saved? Generally, Bidi Bidi is just beginning,” Baryamwesiga, the Bidi Bidi settlement commandant, says.

In December, Bidi Bidi stopped accepting refugees except for those reuniting with families that were already in the camp. A new settlement camp has been opened one hour away, where new migrants are being sent.