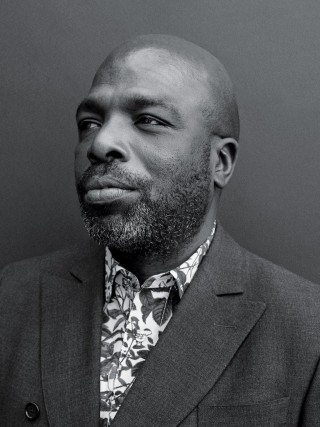 Nigerian-born fashion designer, Duro Oluwu, was enlisted by the First Lady of the United States of America to decorate the white house in preparation for the 2015 Christmas celebrations. He and other fashion designers like Carolina Herrera, Humberto Leon, Carol Lim and Kenzo were brought in to decorate White House’s China Room, Vermeil Room and library for the holiday season.

Olowu decorated the Vermeil room using two 8-foot Christmas trees draped with vintage fabrics, ribbons and encrusted tinsel to spruce up the space, which is sometimes used as a sitting room.


Born to a Nigerian father and Jamaican mother, Duro was raised in Lagos, spending his childhood travelling between Nigeria and different cities in Europe. His wife, Thelma Golden is the Director and Chief Curator of the Studio Museum in Harlem, New York.

He studied law in London before returning to Nigeria to practice for a few years. Here he developed an interest in fashion, becoming inspired by the mixture of colors and rich textures of clothing worn by the people around him. In October 2004, he launched his first women’s wear label with a collection for Spring/Summer 2005.

The patterns and colors of his designs, which are sold around the world to concept stores like Ikram in Chicago and Biffi in Milan are mostly African with British-made prints of his own design portraying a mixture of his African heritage and international sensibilities.

Duro’s eclectic designs have earned him clients like the First Lady of the United States, Michelle Obama, who has worn his designs on several occasions, further cementing his credibility. A cosmopolitan list of celebrities who wear his design include, Uma Thurman, Keira Knightley and Linda Evangelista; one of the most accomplished and influential models of all time.

Duro Olowu is a recipient of many awards. In 2005, his high-waisted “Duro” dress, hailed by both British and American Vogue won the coveted Dress of the Year award. In the same year, he won the ’New Designer of the Year Award’ at the British Fashion Awards, the only designer to have ever done so without a catwalk show.

In 2010, he was named Best International Designer at the African Fashion Awards in South Africa as well as being one of 6 finalists for the Swiss Textiles Award in Zurich.