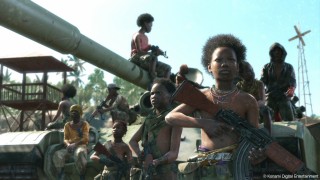 When the pestilence of war strikes, it doesn’t spare children or their mothers. Children don’t just die from hunger or diseases, they also die in crossfires on battlefields–their innocence does not exempt them from death. Uganda has seen series of civil unrest, during the course of these unrests, kids were kidnapped from their houses, strapped with guns and given mandates to shoot and kill. Simon Peter Otoyo was one of these kids. He was taken by rebels of Joseph Kony’s Lord’s Resistance Army from his village in northern Uganda with his hands tied behind his back and marched, alongside three of his brothers, to a rebel camp in the bush.

As a child soldier for the LRA, 11-year-old Simon Peter Otoyo was given a gun to fight against the government and then left permanently blind during a fierce battle in 1996. A bullet pierced his temple and made way to the back of his left eye. After which he spent 10 days in a coma. The bullet was not removed from his eye for 9 years. And for nine years, he was forced to endure pain.

Ten years later, Otoyo, who escaped after an ambush from the rebel camp in the forest, has turned his life around and has now become an advocate for the blind in Uganda.

“People see the blind as a burden…They look at us like we are dirty, and they think we can’t work properly. But I wanted to show the community that disabled people can also be productive,” he said.

Otoyo, an ebony man with a smile that looked as if it was still holding on to innocence, is now 31 and has a full-time job of rewriting stereotypes tacked on blind people, whilst teaching knitting classes to students at the Amor Foundation Vocational Training Institute. This job at Amor enables him to support his wife and 10-month-old son. 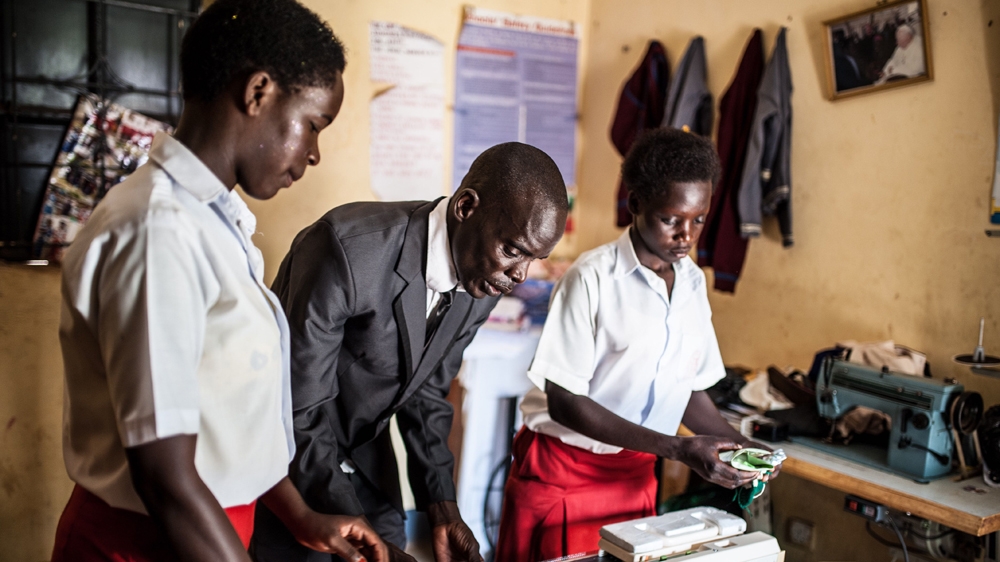 “At first I did not think he would be able to teach us anything… My family asked me if it was true that a blind man can teach, and my brother even came here to see for himself,” said Awello Younes, a 16-year-old student of Otoyo knitting class, who has begun to make money from knitting scarves and sweater.

In Uganda, cccording to 2014 census results, 14 percent of its 34.5 million people over 5 years of age are living with disability, with a large number of this figure coming from rural areas. A lack of data and statistics on those with disabilities makes the management of their wellbeing very difficult for the state which has inclusive disability policies.

“Often, the community thinks that disabled people have been cursed,” said Edith Kagoya, coordinator of Sightsavers project which is aimed at helping young disabled people find employment. Through the Sightsavers project, Otoyo learned knitting. The project is also responsible for training more than 300 young people with different disabilities in vocational skills like carpentry, knitting and IT, before placing them in internships. Sightsavers and Otoyo have done a remarkable job, but they cannot address the stigma or perception about blind people alone.

Because of the way society perceives blind people, many are neglected by their families or are over-protected, which limits their independent. People with disability in Uganda, like most countries in the world, find it especially difficult to secure a job.

“I have worked hard to open the eyes of the community, to show them that the blind should be supported. We will change their minds, but we haven’t reached that point yet,” Otoyo said.

By learning a skill, and then passing it on to others, Otoyo is not only changing the narrative around disabled people, his work of knitting has also helped him to overcome the trauma of a decade spent fighting under one of the world’s most brutal rebel groups.

“They trained us to use guns and to abduct other children. They made us do things…But the teaching helps me to forget what happened. Friendship, a good home, living well, all these things help me to move forwards. No condition is permanent, and for the first time, I am free,” Otoyo said.